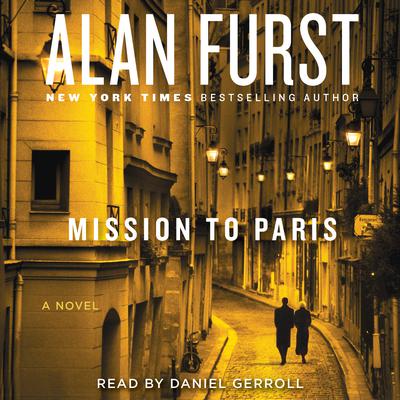 From the New York Times bestselling author and the “modern-day master of the genre” (New York Newsday) comes a gripping novel of espionage and deception in 1938 pre-war Paris.

At the center of the intrigue is Hollywood star, Frederic Stahl. September 1938. On the eve of the Munich Appeasement, Stahl arrives in Paris, on loan from Warner Brothers to star in a French film. He quickly becomes entangled in the shifting political currents of pre-war Paris—French fascists, German Nazis, and his Hollywood publicists all have their fates tied to him. But members of the clandestine spy world of Paris have a deeper interest in Stahl, sensing a potential asset in a handsome, internationally renowned actor.
Ranging from the high society of glittering Paris to film set locations in far-away Damascus and Budapest, Alan Furst’s new novel confirms his status as a writer whose stories unfold “like a vivid dream” (The Wall Street Journal).