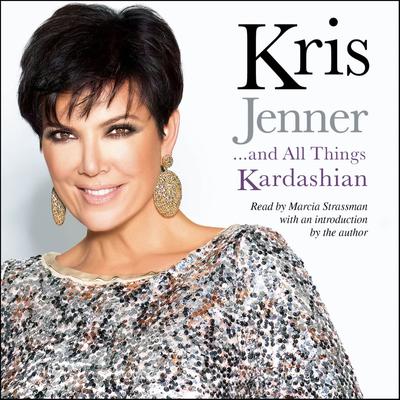 Kris Jenner . . . And All Things Kardashian

From everybody’s favorite “momager” of E!’s hit reality series Keeping Up with the Kardashians comes a relatable, brutally honest memoir of Kris Jenner’s never-before told story of the savvy businesswoman behind the Kardashian empire.

You think you know her...Now read the stories even her famous children haven’t heard in this gripping and inspirational New York Times bestseller from the superstar matriarch of one of the biggest celebrity empires of our time.

On Keeping Up with the Kardashians, we’ve watched Kris Jenner do it all. She runs a household, manages her children’s blockbuster careers, produces four television shows featuring her larger-than-life family, and still finds time to tweet to her fans. In this thoughtful, candid, and no-nonsense memoir, Kris opens up about the parts of her life that aren’t always in the spotlight: her marriage to Robert Kardashian, the late father of her four oldest children; her husband Olympic champion Bruce Jenner’s pivotal role in ending the Kardashians’s messy divorce so they could all move forward as a family; her close relationships with Nicole Brown Simpson and O. J. Simpson and her insider knowledge about the murder, its aftermath, and the infamous trial; and even her controversial decision to make her charming family into an international brand.

If you think your life is chaotic, try keeping up with Kris Jenner.