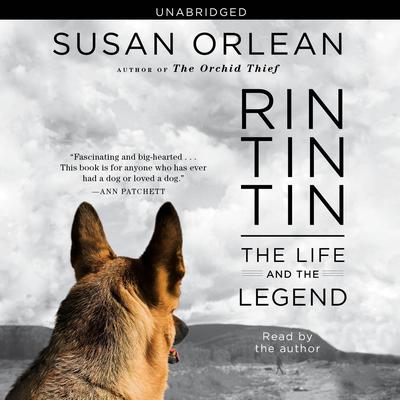 The Life and the Legend

From Susan Orlean—acclaimed New York Times bestselling author of The Orchid Thief and The Library Book—Rin Tin Tin is “an unforgettable book about the mutual devotion between one man and one dog” (The Wall Street Journal).

He believed the dog was immortal.

So begins Susan Orlean’s sweeping, powerfully moving account of Rin Tin Tin’s journey from abandoned puppy to international movie-star dog who appeared in twenty-seven films throughout the 1920s. Spanning almost one hundred years of history, from the dog’s improbable discovery on a battlefield in 1918 by an American soldier to his tumultuous rise through Hollywood and beyond, Rin Tin Tin is a love story and "a masterpiece" (Chicago Tribune) that is also a quintessentially American story of reinvention, a captivating exploration of our spiritual bond with animals, and a stirring meditation on mortality and immortality.