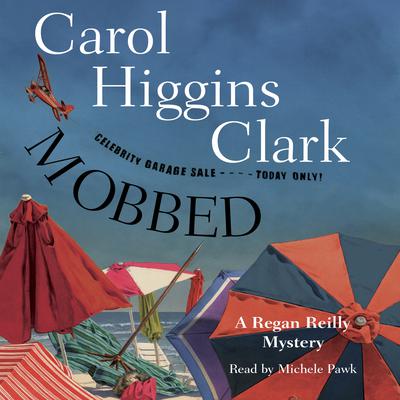 Private investigator Regan Reilly and her husband, Jack, head of the NYPD Major Case Squad, plan to spend the weekend at the Jersey shore with her parents. But the weekend gets off to an early start when Regan receives a phone call from her mother Nora asking if she’d hop on a train right away.

Hayley Patton is a successful New York City event planner who suspected that her beau, Scott, was cheating and hired her former high school classmate Regan to follow him. When Hayley got the lowdown on Scott’s treachery, she vowed revenge with such vehemence that Regan is worried that Hayley might go too far. Meanwhile, Nora had also just spoken to an agitated high school classmate. Karen Frawley Fulton, who lives in San Diego, called Nora after learning that her mother just sold their home at the Jersey shore and is having a garage sale to end all garage sales. Karen asks Nora to please go to the house and, she hopes, curtail any other outrageous antics her mother probably has in mind. Nora agrees and asks Regan to join her.

At the Frawley home Regan is astonished to see Scott’s brand-new fiancée, who quickly makes herself scarce. Once inside the house, Regan becomes increasingly suspicious about why the house was vacated unexpectedly. Turns out, there is a good reason…