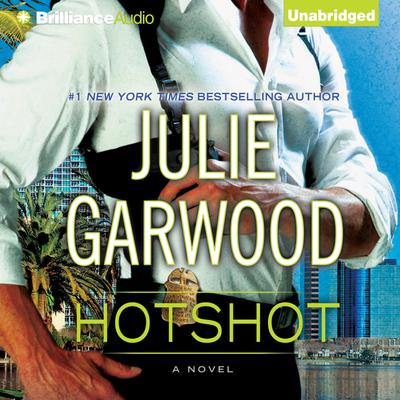 He saved Peyton Lockhart’s life when they were kids—but now she’s all grown up and he’s a seasoned FBI agent who comes to her rescue again in this contemporary romance from #1 New York Times bestselling author Julie Garwood.

Peyton and her sisters have inherited Bishop’s Cove, a small, luxurious oceanfront resort, but it comes with conditions: The girls must run the resort for one year and show a profit—only then will they own it.

A graduate of a prestigious French culinary school, Peyton has just lost her job as a food critic after rightfully accusing her boss of sexual harassment. Out of work and in a bad place personally, to Peyton a year doing something completely different sounds wonderful.

Peyton dives into learning the resort business but is quickly derailed by an escalating chain of events that puts her life in danger. She refuses to be intimidated—until she’s nearly killed. Then she calls on her childhood friend and protector, Finn MacBain, now with the FBI, and asks for his help. Finn is more than happy to do a favor for Peyton, but he doesn’t plan on dealing with the beautiful, passionate woman she has become.

There are countless challenges and too many people who want to stop Peyton and her sisters from succeeding. Among them are their contentious cousins and a powerful group of land developers who have been eyeing the coveted beachfront property. And it also becomes apparent that her old boss holds a serious grudge and believes in payback.

While the attraction between Peyton and Finn flames bright enough to distract them both from their dangerous situation, a happily ever after ending seems all but impossible. But the well-trained lawman never loses focus: he saved her life once; now he must do it again.