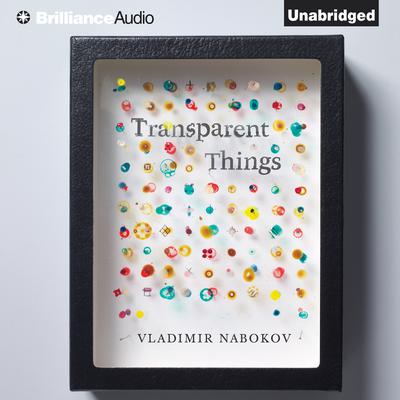 “Transparent Things revolves around four visits of the hero — sullen, gawky Hugh Person — to Switzerland. . . . As a young publisher, Hugh is sent to interview R., falls in love with Armande on the way, wrests her, after multiple humiliations, from a grinning Scandinavian and returns to New York with his bride. . . . Eight years later — following a murder, a period of madness and brief imprisonment — Hugh makes a lone sentimental journey to wheedle out his past. . . . The several strands of dream, memory, and time [are] set off against the literary theorizing of R. and, more centrally, against the world of observable objects.” - Martin Amis One of the twentieth century’s master prose stylists, Vladimir Nabokov was born in St. Petersburg in 1899. He studied French and Russian literature at Trinity College, Cambridge, then lived in Berlin and Paris, where he launched a brilliant literary career. In 1940 he moved to the United States, and achieved renown as a novelist, poet, critic, and translator. He taught literature at Wellesley, Stanford, Cornell, and Harvard. In 1961 he moved to Montreux, Switzerland, where he died in 1977. “Nabokov writes prose the only way it should be written, that is, ecstatically.” — John Updike