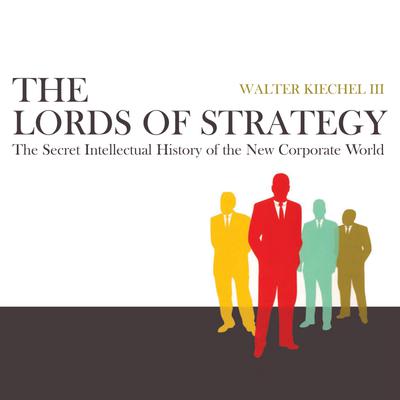 The Lords of Strategy

The Secret Intellectual History of the New Corporate World

Imagine running a business without a strategy. It would be akin to driving blindfolded, to building a house without a blueprint. Yet just fifty years ago business “plans” were mere extrapolations of the status quo, heedless of the forces that determine the fate of today’s organizations: competitive threats, customer needs and business costs. The concept of strategy changed all that, paving the way for the creation of the modern corporate world.

The Lords of Strategy recounts the birth and evolution of strategy—arguably the most influential business paradigm of the past half century—and the trials and triumphs of the surprising disruptors who invented it. Principal among them were four men—Bruce Henderson, founder of the Boston Consulting Group; Bill Bain, creator of Bain & Company; Fred Gluck, longtime managing director of McKinsey & Company; and Harvard Business School professor Michael Porter—each obsessed with pinpointing how companies achieve competitive advantage over others. This insider account reveals the industry’s pioneers as “idea junkies”: a new breed of intellectuals who wielded concepts as weapons for fighting business battles. Their relentless efforts to plumb the depths of competition exploded much of the prevailing wisdom, galvanized executives into action, and forced companies to understand themselves as never before.

An important audiobook by one of management’s keenest observers, The Lords of Strategy provides listeners with a deeper understanding of the world they compete in, and a sharper eye for what works—and what doesn’t—when forging strategy.