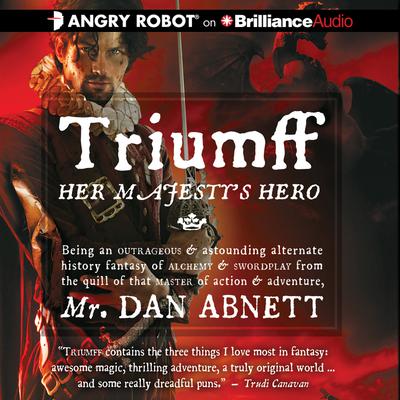 “Endlessly inventive, joyously irreverent, drenched with adrenaline and wicked humour, Dan Abnett’s Triumff: Her Majesty’s Hero is a brilliant occult-comedy-historical-adventure that’s true to the best traditions of the genres it so eagerly devours.” —Mike Carey, esq.