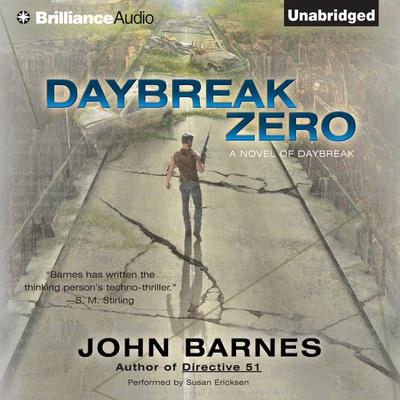 In late 2024, Daybreak, a movement of post-apocalyptic eco-saboteurs, smashed modern civilization to its knees. In the losing, hopeless struggle against Daybreak, Heather O'Grainne played a major role. That story was told in Directive 51. Now Heather's story continues in Daybreak Zero. In the summer of 2025, she leads a tiny organization of scientists, spies, scouts, entrepreneurs, engineers, dreamers, and daredevils based in Pueblo, Colorado. Both of the almost-warring governments of the United States have charged them with an all but impossible mission: find a way to put the world back together. But Daybreak's triumph has flung the world back centuries in technology, politics, and culture. Pro-Daybreak Tribals openly celebrate ending the world as we know it. Army regiments have to fight their way in and out of Pennsylvania. The Earth's environment is saturated with plastic-devouring biotes and electronics-corroding nanoswarm. A leftover Daybreak device drops atom bombs from the moon on any outpost of the old civilization it can spot. Confined to her base in Pueblo to give birth to her first child, Heather recruits and monitors a coterie of tech wizards, tough guys, and modern-day frontier scouts: a handful of heroes to patrol a continent. All the news is bad: Tribals have overrun Indiana and Illinois; the last working aircraft carrier sits helplessly out in the Indian Ocean, not daring to come closer to land; the crash of one of the last working airplanes kills a vital industrialist; Tribals try to force appeasement on the Provi government while the Temper government faces a rebellion of religious fanatics; seventeen states are lost to the Tribals as California drifts into secession and hereditary monarchy, and everywhere, Provis and Tempers lurch toward civil war. Her agents have exceptional courage, initiative, skill, intelligence, and daring, but can they be enough? For the sake of everything from her newborn son to her dying nation, can she forge them into the weapon that can at last win the world back from the overwhelming, malevolent force of Daybreak? Her success or failure may change everything for the next thousand years, beginning from Daybreak Zero. 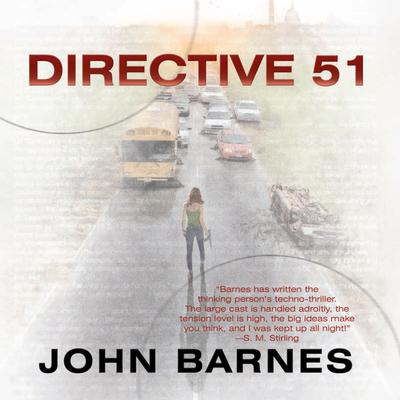 It is known as National Security Presidential Directive NSPD 51. Signed in 2007, it claims specific Federal powers in the event of a “catastrophic emergency”… Heather O’Grainne is the assistant secretary in the Office of Future Threat Assessment, investigating rumors surrounding something called “Daybreak.” Part philosophic discussion, part... Read more »

In late 2024, Daybreak, a movement of post-apocalyptic eco-saboteurs, smashed modern civilization to its knees. In the losing, hopeless struggle against Daybreak, Heather O'Grainne played a major role. That story was told in Directive 51. Now Heather's story continues in Daybreak Zero. In the summer of 2025, she leads a tiny organization of... Read more » 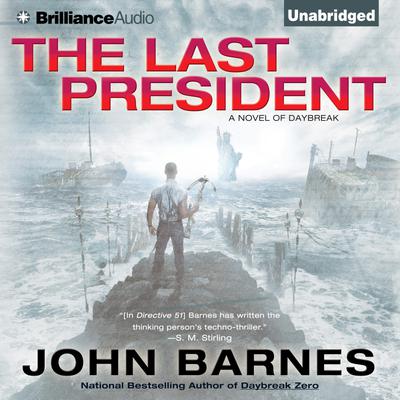 An author who “excels at combining the tension of the chase with the elements of science fiction,”* John Barnes delivered a fascinating and frightening scenario about the collapse of America’s political and social infrastructure following the destruction of modern technology. Now, the author of Directive 51 and Daybreak Zero continues his story... Read more »