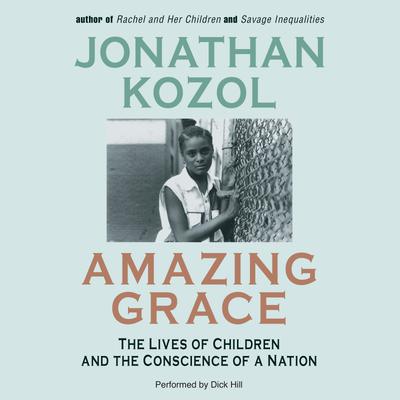 The Lives of Children and the Conscience of a Nation

Amazing Grace is an audiobook about about the hearts of children who grow up in the South Bronx—the poorest congressional district of our nation.

The children we meet through the deepening friendships that evolve between Jonathan Kozol and their families defy the stereotypes of urban youth too frequently presented on TV and in newspapers. Tender, generous, and often religiously devout, they speak with painful clarity about the poverty and racial isolation that have wounded but not hardened them.

"It's not like being in a jail," says 15-year-old Isabel. "It's more like being hidden. It's as if you have been put in a garage where, if they don't have room for something but aren't sure if they should throw it out, they put it there where they don't need to think of it again."

Without rhetoric, but drawing extensively upon the words of children, parents, and priests, this book does not romanticize or soften the effects of violence and sickness. Amazing Grace makes clear that the postmodern ghetto of America is not a social accident but is created and sustained by greed, neglect, racism, and expedience. It asks questions like—what is the value of child's life? What do we plan to do with those whom we have decided are superfluous? How tough do we dare to be?