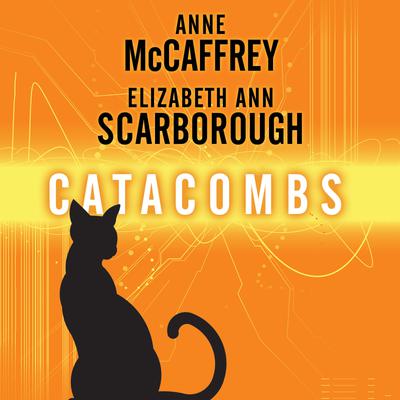 A Tale of the Barque Cats

In Catalyst, award-winning authors Anne McCaffrey and Elizabeth Ann Scarborough introduced listeners to the beguiling Barque Cats: spacefaring felines who serve aboard starships as full-fledged members of the crew. Highly evolved, the cats share an almost telepathic bond with their minders, or Cat Persons — until, suddenly, there is no “almost” about it, and a particular Barque Cat, Chester, learns to ex- change thoughts with his human friend, Jubal. Other cats soon gain the same ability. Behind the seeming miracle is a mysterious cat named Pshaw-Ra, who possesses knowledge and technology far beyond anything the Barque Cats — or their humans — have ever seen. When fear of a virulent plague leads the government first to quarantine and then to kill all animals suspected of infection, Pshaw-Ra—with the help of Chester, Jubal, and the crew of the starship Ranzo — activates a “mousehole” in space that carries the refugees to a place of safety: Pshaw-Ra’s home planet of Mau, where godlike cats are worshiped by human slaves. But Pshaw-Ra’s actions are less noble than they appear. The scheming cat plans to mate the Barque Cats with his own feline stock, creating a hybrid race of superior cats — a race destined to conquer the universe. Yet right from the start, his plans go awry. For one thing, there’s a new queen on Mau: Pshaw-Ra’s daughter Nefure, a spoiled brat — er, cat — with a temper as short as her attention span. Pshaw-Ra’s other daughter, the rightful queen Renpet, is exiled, running for her life in the only direction available to her — down into the vast catacombs beneath the Mauan desert. Far from receiving the hero’s welcome he expected, Pshaw-Ra must use every bit of his considerable cleverness just to survive. Meanwhile, as usual, Chester and Jubal stumble right into the middle of things, in the process uncovering the lost secrets of the Mauan civilization. But that’s not all they uncover. In the forgotten catacombs deep below the Mauan capital, something has awakened. Something as old as the universe. Something that hungers to devour all light and life — and that bears an undying hatred for cats. 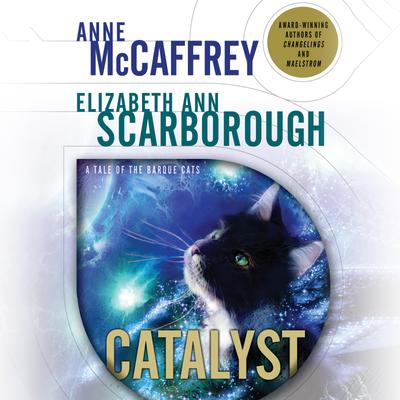 Since the early days of interstellar travel, Barque Cats have been highly prized crew members, responsible for keeping spacecraft free of vermin, for alerting human crews to potential environmental hazards, and for acting as morale officers. Even among Barque Cats, Chessie is something special. Her pedigree, skills, and intelligence, as well as... Read more »

In Catalyst, award-winning authors Anne McCaffrey and Elizabeth Ann Scarborough introduced listeners to the beguiling Barque Cats: spacefaring felines who serve aboard starships as full-fledged members of the crew. Highly evolved, the cats share an almost telepathic bond with their minders, or Cat Persons — until, suddenly, there is no “almost”... Read more »