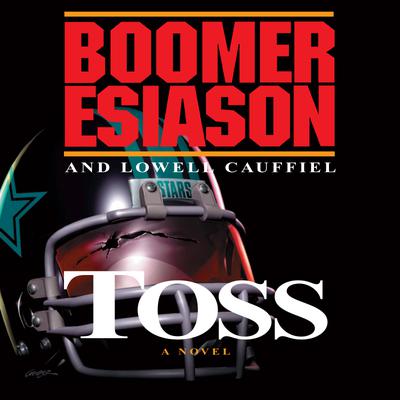 When golden boy Derek Brody signs a $6 million dollar deal to play for the New York Stars, the rookie quarterback figures the world is his oyster. Reality sets in after meeting his football “family”—the all-too benevolent owner, Papa Goldman; his daughter, the Stars’ Director of Communications, Dominique, who has a certain fondness for quarterbacks; a frustrated head coach; a team full of malcontents and racial tensions; and a very shady Director of Player Personnel.

But all of his concerns become secondary when an ex-Stars quarterback is murdered, and Brody finds himself hustling just to stay alive, while confronting the scars of his own past. With a little luck, smarts, and help from a beautiful aspiring actress, this is one time he can’t drop the ball. Someone seems intent on sabotaging the Stars, and perhaps the future of the entire football league is at stake.

Retired gridiron great Boomer Esiason has delivered a sharp, edgy, insiders look at the game and the business of professional football.