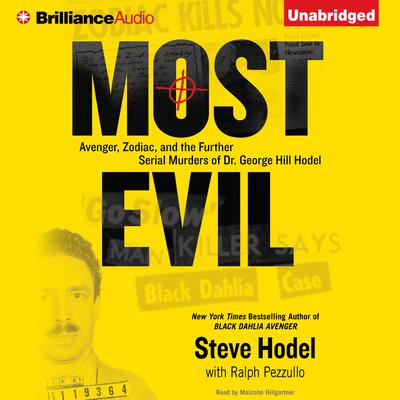 When veteran LAPD homicide detective Steve Hodel discovered that his late father had known the victim in the infamous Black Dahlia murder case in 1947 Los Angeles, the ensuing three-year investigation became the New York Times bestseller Black Dahlia Avenger. Publication led directly to the discovery of a cache of hidden documents, covered up for decades, that confirm George Hodel had long been law enforcement’s number one suspect in Elizabeth Short’s grisly death. A lurid murder mystery that had endured for more than fifty years was finally solved.

But for Steve Hodel, that revelation was only the beginning. With twenty-five years of experience investigating homicides as an LAPD detective, Hodel’s instincts told him that a man capable of bisecting Elizabeth Short’s body, arranging it in a gruesome and public tableau, and taunting the police and the public with notes and phone calls, did not begin or end his killing career with the Black Dahlia. A chance encounter in the wake of Black Dahlia Avenger’s publication led Steve to consider a question as preposterous as it is compelling:

Twenty years after shocking the world in Los Angeles, could Dr. George Hill Hodel have returned to terrorize California as the killer known as Zodiac?