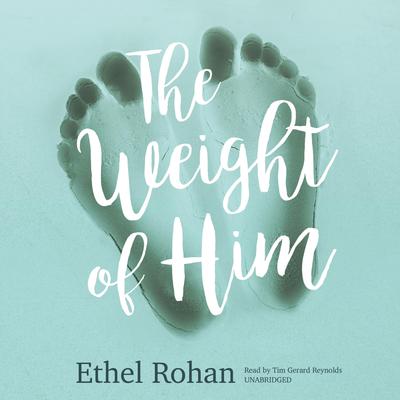 The Weight of Him

At four hundred pounds, Billy Brennan can always count on food. From his earliest memories, he has loved food's colors, textures, and tastes. The way flavors go off in his mouth. How food keeps his mind still and his bad feelings quiet. Food has always made everything better, until the day Billy's beloved son Michael takes his own life.

In Michael's memory, Billy determines to make a difference and undertakes a public weight-loss campaign to raise money for suicide prevention-his first step in an ambitious plan to save himself and others. However, Billy's dramatic crusade appalls his family, who simply want to get on with their lives.

Despite his crushing detractors, Billy garners welcome allies: his community, a coworker who lost his father to suicide, and a filmmaker with his own dubious agenda, as well as a secret, miniature kingdom that Billy populates with the sub-quality dolls and soldiers he rescues from disposal at the local toy factory where he works. But it is only if Billy can confront the truth of his pain and suffering and the brokenness around him that he and others will see the change they need.

Set in rural, contemporary Ireland, The Weight of Him is an unforgettable, bighearted novel about loss and reliance that moves from tragedy to recrimination to what can be achieved when we truly decide to take a stand.

Notice to our customers about The Weight of Him