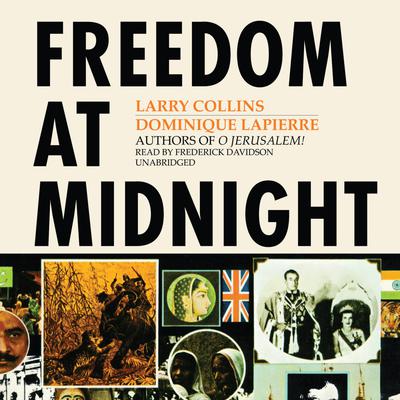 This is the story of the eclipse of the British Raj and the birth of an independent India and Pakistan. The fabled India of the maharajas, with their palaces and harems, their gold-caparisoned elephants and their glittering private armies-the India of Kipling's legendary army, with its young British officers commanding troops of a dozen races, religions, and castes-the India of tiger hunts and pigsticking, of sadhus and holy men-the India that was the heart and soul of an empire-underwent a violent transformation into the new India of Gandhi and Nehru, precursor of the Third World. At the center of this drama are Nehru, Jinnah, Mountbatten and, of course, Gandhi, the gentle prophet of revolution, who stirred the masses of the most populous area on earth without raising his voice.

Notice to our customers about Freedom at Midnight