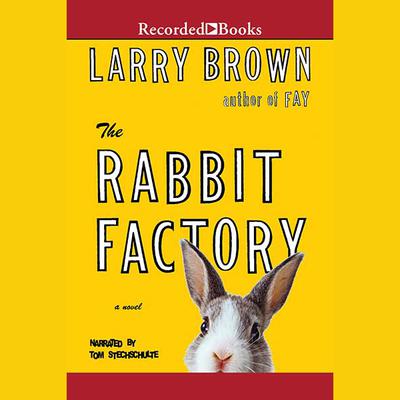 In an ambitious narrative structure reminiscent of Robert Altman's classic film Nashville, Larry Brown weaves together the stories of a sprawling cast of eccentric and lovable characters, each embarked on a quest for meaning, fulfillment, and love -- with poignant and uproarious results. Set in Memphis and North Mississippi, The Rabbit Factory follows the colliding lives of, among others, Arthur, an older, socially ill-at-ease man of considerable wealth married to the much younger Helen, whose desperate need for satisfaction sweeps her into the arms of other men; Eric, who has run away from home thinking his father doesn't want him and becomes Arthur's unlikely surrogate son; and Anjalee, a big-hearted prostitute with her own set of troubles who crashes into the lives of the others like a one-woman hurricane. Teeming with pitch-perfect creations that include quirky gangsters, colorful locals, seemingly straitlaced professors, and fast-and-loose police officers, Brown's spellbinding and often hilarious story is about the botched choices and missed chances that separate people -- and the tenuous threads of love and coincidence that connect them. With all the subtlety and surprise of life itself, the story turns on a dime from comical to violent to moving. Masterful, profound, and full of spirit, The Rabbit Factory is literary entertainment of the highest order.