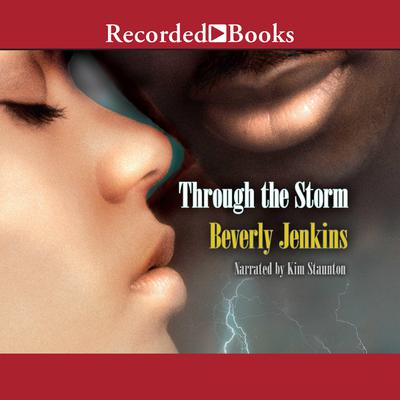 Essence and Blackboard best-selling author Beverly Jenkins writes passionate, historically-grounded stories of betrayal and redemption. Beginning in 1864, Through the Storm chronicles the tumultuous lives of onetime lovers, Raimond Le Veq and Sable Fontaine. The Le Veq family was a proud, prominent black New Orleans family until their fortune was plundered in the chaos of the Civil War. It's the charge of former Union Major Raimond Le Veq to restore the lost wealth of his family. Raimond once loved a woman--the lusty, beautiful, and complex former slave, Sable Fontaine--but she coldly betrayed him during the war. When Raimond's mother inexplicably chooses Sable as his bride-to-be, Raimond doesn't know if he will ever be able to trust the treacherous Sable again. About Beverly Jenkins, The Detroit Free Press says she is "...Heading for superstar status." Kim Staunton's sensuous narration will thoroughly satisfy all connoisseurs of fine romance.

Through the Storm
Beverly Jenkins