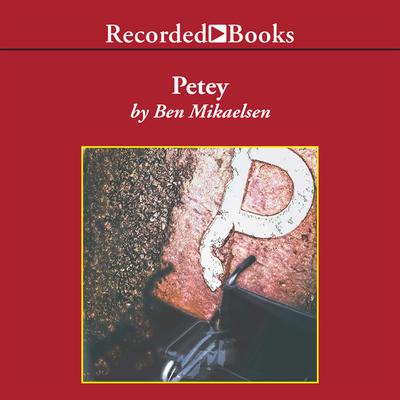 When Petey Corbin is born in 1920, no one knows about cerebral palsy. After struggling to care for her frail infant who is often racked by seizures, Petey's mother reluctantly places him in an asylum. There, he is labeled an idiot and ignored. Few people look beyond his twisted body to see the intelligence in his eyes. Then another young resident, Calvin Anders, arrives in Petey's ward. As he learns to understand Petey's garbled sounds, Calvin becomes his spokesman and best friend. Years later, however, they are separated when Petey is moved to a nursing home. Alone and withdrawn, Petey wonders if he will ever find another person who understands him. Ben Mikaelsen, award-winning author of Rescue Josh McGuire, Stranded, and other popular books for young adults, has crafted a poignant tale of friendship and triumph over disabilities. Petey was chosen by the New York Public Library as one of its 100 Books for Reading and Sharing, and it won the Western Writers of America Award.