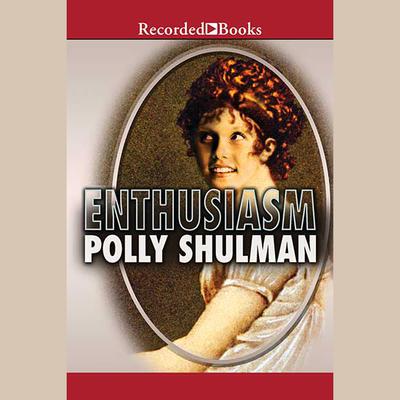 Julie is a quiet bookworm. Her best friend Ashleigh, on the other hand, is an "Enthusiast." As long as they have known each other, Ash has been obsessed with one thing or another. Now it is Jane Austen's Pride and Prejudice, which just happens to be Julie's favorite book. Before Julie knows what hit her, she and Ash are decked-out in 19th-century garb, smelling like mothballs, and crashing the local all-boys prep school formal dance. Their mission is to find their personal Misters Darcy. But when they set their sights on the same young gentleman, their journey into the world of proper English courtship looks like it might cause a broken heart or two. First-time novelist Polly Shulman has earned glowing critical praise for this funny and romantic tale that even Miss Austen herself would be proud of. Jennifer Ikeda's skillful narration perfectly captures both Julie's inner turmoil and Ashleigh's sheer enthusiasm. "[An] involving and often amusing narrative of friendship, courtship, and (of course) true love."-Booklist, starred review "A charming romantic comedy."-School Library Journal "Several cuts above the usual fare."-Kirkus Reviews