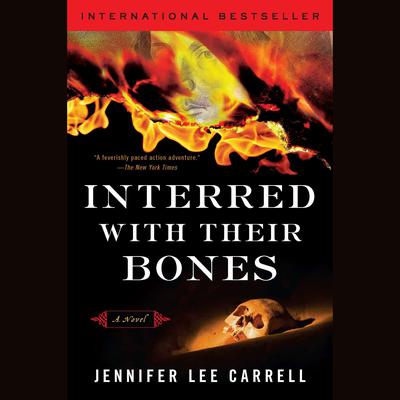 Interred with Their Bones

Jennifer Lee Carrell’s highly acclaimed debut novel is a brilliant, breathlessly paced literary adventure. The action begins on the eve of the Globe’s production of Hamlet when Shakespeare scholar and theater director Kate Stanley’s eccentric mentor Rosalind Howard gives her a mysterious box, claiming to have made a groundbreaking discovery. Before she can reveal it to Kate, the Globe is burned to the ground and Roz is found dead…murdered precisely in the manner of Hamlet’s father.

Inside the box Kate finds the first piece in a Shakespearean puzzle, setting her on a deadly, highstakes treasure hunt. From London to Harvard to the American West, Kate races to evade a killer and solve a tantalizing string of clues hidden in the words of Shakespeare, which may unlock one of history’s greatest secrets.