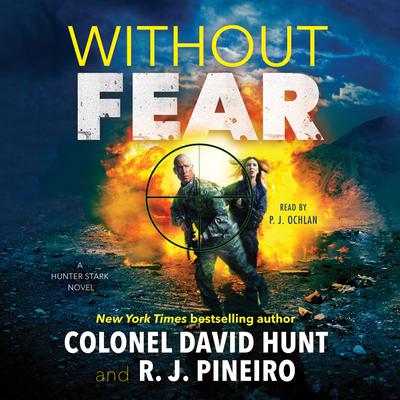 Col. David Hunt and R. J. Pineiro have teamed up for another action-packed audiobook thriller steeped in authenticity: Without Fear.

Southern Afghanistan, 2005. NATO forces are battling the Taliban across Kandahar Province. In a terrifying twist, the rebels unearth a tactical nuclear bomb lost in the final days of the Soviet occupation. The years buried in the sand have damaged it, so the Taliban seeks the help of al Qaeda to secure replacement parts through its contacts in Saudi Arabia, the Opium Cartel, and the Russian Mafia. Doing so, however, inadvertently alerts the Americans, the Russians, and the Israelis.

Hunter Stark and his team of CIA contractors are on the chase, dispensing explosive waves of violence to track where the Taliban is hiding the weapon. But Russian Spetsnaz and Israeli Mossad operatives are also in the region following their own agendas—as is NATO—triggering chaos and confusion.

The stakes skyrocket when a courier delivers the components and the weapon becomes functional, forcing Stark to drive full throttle, without fear, into a world of terror, going beyond duty and honor to prevent the unthinkable. 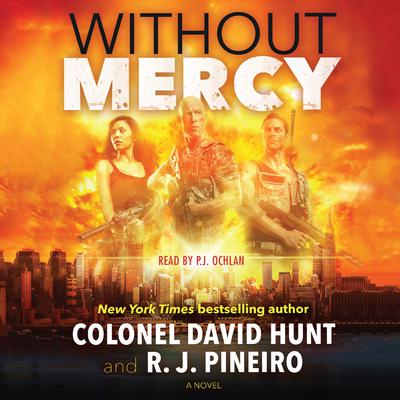 When ISIS detonates nuclear weapons in two key American strongholds, the United States plunges into chaos and the CIA scrambles to prevent a third tragedy in Without Mercy, a terrifying and topical thriller from Colonel David Hunt and R.J. Pineiro.

Col. David Hunt and R. J. Pineiro have teamed up for another action-packed audiobook thriller steeped in authenticity: Without Fear.