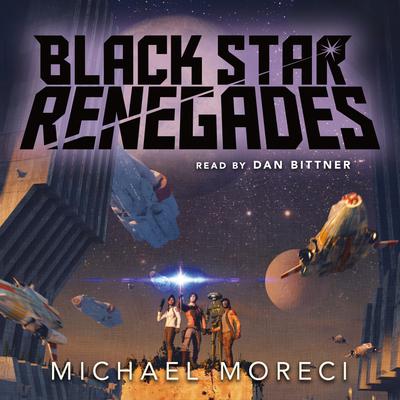 "Narrator Dan Bittner throws himself into this science-fiction adventure with the enthusiasm the story begs for...Bittner's narration is bold and declarative...his character voices are a treat." - AudioFile Magazine

In the tradition of Star Wars, comics writer Michael Moreci presents a galaxy-hopping space adventure about a galactic kingdom bent on control and the young misfit who must find the power within before it’s too late.

Cade Sura holds the future of the galaxy in his hands: the ultimate weapon that will bring total peace. He didn’t ask for it, he doesn’t want it, and there’s no worse choice to wield it in all of space, but if he doesn’t, everyone’s totally screwed. The evil Praxis kingdom is on the cusp of having every star system under its control, and if that happens, there’ll be no contesting their cruel reign. Especially if its fanatical overlord, Ga Halle, manages to capture Cade and snag the all-powerful weapon for herself.

Cade can’t hide from Praxis, and he can’t run from the destiny that’s been shoved into his hands. So he only has one option:

He has to fight.

Cade’s not going to let destiny send him on a suicide run, though. With some help from his friends—rebels and scoundrels alike—Cade’s going to use this weapon to chart a new destiny for the galaxy, and for himself.

He just has to do so before everyone around him discovers that he’s a complete and total fraud.

Blending the space operatics of Star Wars and the swagger of Guardians of the Galaxy, Black Star Renegades is an audiobook adventure that blasts its way from seedy spacer bars to sacred temples guarded by deadly creatures—all with a cast of misfit characters who have nowhere to go and nothing to lose.

"...character relationships, a sense of familial duty and a fast-paced narrative all make Renegades a worthwhile read." — USA Today

"Narrator Dan Bittner throws himself into this science-fiction adventure with the enthusiasm the story begs for...Bittner's narration is bold and declarative...his character voices are a treat." - AudioFile Magazine

In the tradition of Star Wars, comics writer Michael Moreci presents a galaxy-hopping space adventure about a galactic kingdom bent... 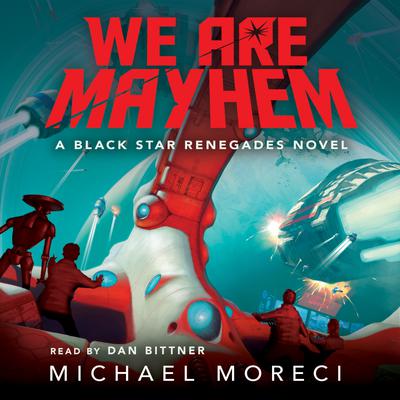 We Are Mayhem
Michael Moreci

"Narrator Dan Bittner is back...bringing his full array of fantastic character voices...Bittner excels at combining drama and comedy in just the right proportions to make this audiobook a thoroughly enjoyable ride." — AudioFile Magazine

The second entry in the Star Wars-inspired series that Nerdist calls "the next big thing."