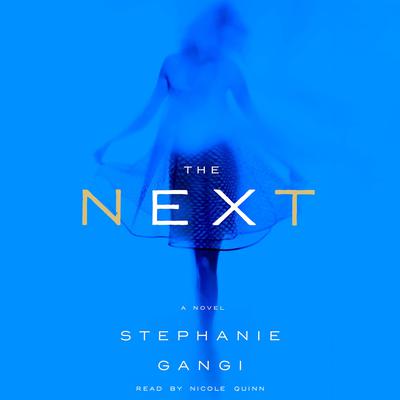 “With only hours left before cancer kills her, Joanna DeAngelis is dying badly. Instead of focusing on saying goodbye to her daughters and her beloved dog, she spends her last day cyber-stalking her ex-boyfriend and his Internet-famous new girlfriend. When Joanna draws her last breath, mysterious heavenly powers decide that she needs to resolve a few things before moving on to the next world. What happens when ghost-Joanna returns to New York City bent on revenge is terrifying, funny, and, finally, break-out-the-tissues touching. A gorgeous book about love in all its forms: familial, canine, romantic, lost and found again.”

Is there a right way to die? If so, Joanna DeAngelis has it all wrong. She’s consumed by betrayal, spending her numbered days obsessing over Ned McGowan, her much younger ex, and watching him thrive in the spotlight with someone new, while she wastes away. She’s every woman scorned, fantasizing about revenge … except she’s out of time.

Joanna falls from her life, from the love of her daughters and devoted dog, into an otherworldly landscape, a bleak infinity she can’t escape until she rises up and returns and sets it right—makes Ned pay—so she can truly move on.

From the other side into right this minute, Jo embarks on a sexy, spiritual odyssey. As she travels beyond memory, beyond desire, she is transformed into a fierce female force of life, determined to know how to die, happily ever after.