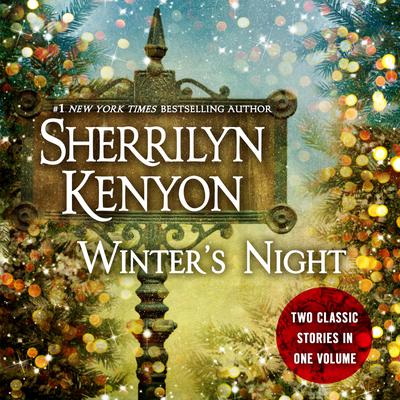 From demons to cowboys, from werewolves to mistletoe, this 2-in-1 will keep you warm during cold December nights.
Set in Kenyon's imaginative world, A Dark-Hunter Christmas shows Gallagher, in New Orleans, at Christmastime, without his family. Missing the ones he loves is a powerful force, and threatens to cast a pall over the Big Easy's Christmas cheer. But Simi has a few tricks up her sleeve, intent to show him that even though he is apart from his loved ones, he still has people to lean on...

In Santa Wears Spurs, the wanted outlaw O'Connell was forced years ago to abandon his spitfire of a woman-his wife, Catherine-before his enemies hurt her to get to him. Now he's ready to turn himself in to the authorities, but not before he does one last good deed. A deed that miraculously sends him head-to-head with Catherine who wants a bigger piece of his hide than his enemies do. But with his dangerous brother hot on his tail to end him, he has to protect Catherine at all costs. Something that would be a lot easier to do if she could forgive him for screwing up her life and leaving her. It will take a little miracle and a whole lot of Christmas magic to put his enemies behind him and allow him to win back his own good name and a heart he should never have abandoned.