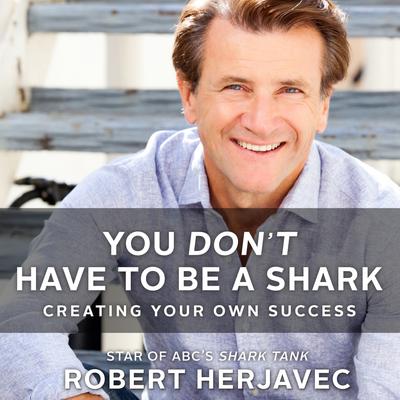 You Don't Have to Be a Shark

Creating Your Own Success

Many people assume that effective sales ability demands a unique personality and an aggressive attitude. It's not true, and Robert Herjavec is proof. Known as the "Nice Shark" on the ABC's Emmy Award-winning hit show SHARK TANK, Robert Herjavec is loved by viewers, who respond to his affable nature. He has developed an honest and genuine approach to life and selling that has set him apart from his cut-throat colleagues, and rewarded him with a degree of wealth measured in hundreds of millions of dollars.

In You Don't Have to Be a Shark, Robert transcends pure sales technique and teaches "non-business people" what they need to know in order to sell themselves successfully. We are each our own greatest asset, and in order to achieve our goals, we need to be able to communicate with others, position ourselves and even look the part. Robert's philosophy is simple: Great salespeople are made, not born, and no one achieves success in life without knowing how to sell. Entertaining, enlightening and effective, You Don't Have to Be a Shark will reveal the secrets of one of North America's most successful businessmen, who also happens to be one of today's most prominent TV personalities, delivered in a friendly, down-to-earth manner, and filled with anecdotes and observations to support its hard-nosed advice.