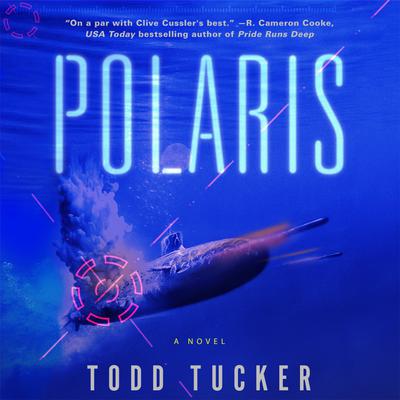 “A riveting tale of warfare in the not too distant future. Tucker takes his technological know-how as a former nuclear submariner and masterfully weaves it into a sensational thriller that will leave you pondering the land- and sea-scape of armed conflicts yet to come. A gifted writer first, Tucker seamlessly maintains the perfect balance between exhilarating story-telling and edifying prose. Superb novel!” —R. Cameron Cooke, author ofPride Runs Deep

One day in the not-too-distant future, Pete Hamlin regains consciousness deep inside the nuclear submarine Polaris. He's got a gun in his hand, a fire raging outside his door, and a dead man at his feet. Soon Pete discovers that the ship is in the middle of a mutiny - and he has no idea what side he's on.

He finds the ship is now commanded by the beautiful but volatile Hana Moody. She's locked the former captain, Finn McCallister, inside a steel trunk, accusing him of treason. Frank Holmes is Moody's loyalist, an imposing physical presence who shares Moody's unquestioning devotion to the cause of the Alliance. The ship's feckless doctor hovers in the background, unable to help Pete find out the truth about the Polaris. And outside the ship's steel hull lurks another submarine, yet another presence that might be either friend or deadly foe.

To save himself and discover the truth, Pete must journey with Polaris back to a forlorn piece of rock in the middle of a dangerous ocean: Eris Island. To get there he must fight murderous shipmates, a swarm of bomb-dropping drones, and a plague that is attacking everyone on both sides of a battle that Pete barely understands. Only on Eris Island does Hamlin finally learn the truth.