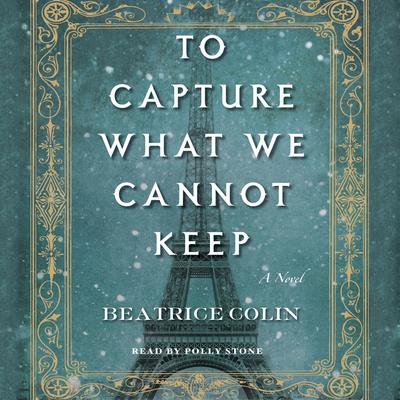 To Capture What We Cannot Keep

To Capture What We Cannot Keep

“Societal constraints and expectations of the time impede the love affair of Caitriona Wallace and Emile Nouguier from the moment they meet in a hot air balloon above the Champ de Mars in 1886. Emile's ailing mother is pressuring him to marry, start a family, and take over the family business even as he is facing both public and professional stress as co-designer of the Eiffel Tower. Cait is a young Scottish widow forced to work as a chaperone to a wealthy brother and sister. Cait's and Emile's paths cross and crisscross as Colin vividly captures the sights and sounds of La Belle Epoque in this quiet, atmospheric novel.”

Set against the construction of the Eiffel Tower, this novel charts the relationship between a young widow and an engineer who, despite constraints of class and wealth, fall in love.

In February 1887, Caitriona Wallace and Émile Nouguier meet in a hot air balloon, floating high above Paris--a moment of pure possibility. But back on firm ground, their vastly different social strata become clear. Cait is a widow who because of her precarious financial situation is forced to chaperone two wealthy Scottish charges. Émile is expected to take on the bourgeois stability of his family's business and choose a suitable wife. As the Eiffel Tower rises, a marvel of steel and air and light, the subject of extreme controversy and a symbol of the future, Cait and Émile must decide what their love is worth.

Seamlessly weaving historical detail and vivid invention, Beatrice Colin evokes the revolutionary time in which Cait and Émile live--one of corsets and secret trysts, duels and Bohemian independence, strict tradition and Impressionist experimentation. To Capture What We Cannot Keep, stylish, provocative, and shimmering, raises probing questions about a woman's place in that world, the overarching reach of class distinctions, and the sacrifices love requires of us all.

Polly Stone, who was praised for her use of French accents in her reading of The Nightingale, will bring the same talent to her narration of To Capture What We Cannot Keep.

"Stone's French accents add authenticity and a sense of place to her reading." -AudioFile on The Nightingale