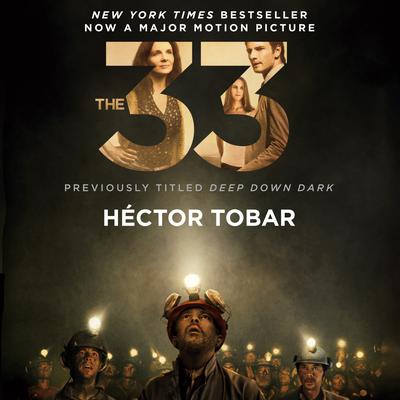 Deep Down Dark: The Untold Stories of 33 Men Buried in a Chilean Mine, and the Miracle That Set Them Free

Previously published as Deep Down Dark: The Untold Stroies of 33 Men Buried in a Chilean Mine, and the Miracle That Set Them Free.

When the San José mine collapsed outside of Copiapó, Chile, in August 2010, it trapped thirty-three miners beneath thousands of feet of rock for a record-breaking sixty-nine days. After the disaster, Pulitzer Prize-winning journalist Héctor Tobar received exclusive access to the miners and their tales, and in Deep Down Dark, he brings them to haunting, visceral life. We learn what it was like to be imprisoned inside a mountain, understand the horror of being slowly consumed by hunger, and experience the awe of working in such a place-underground passages filled with danger and that often felt alive. A masterwork of narrative journalism and a stirring testament to the power of the human spirit, Deep Down Dark captures the profound ways in which the lives of everyone involved in the catastrophe were forever changed.