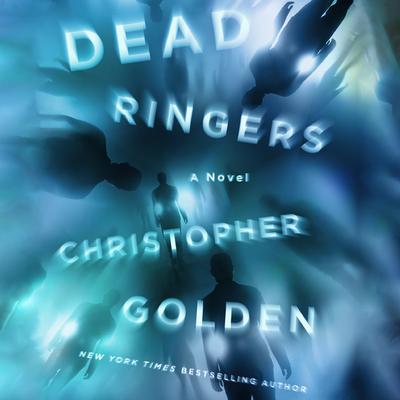 When Tess Devlin runs into her ex-husband Nick on a Boston sidewalk, she's furious at him for pretending he doesn't know her. She calls his cell to have it out with him, only to discover that he's in New Hampshire with his current girlfriend. But if Nick's in New Hampshire...who did she encounter on the street?

Frank Lindbergh's dreams have fallen apart. He wanted to get out of the grim neighborhood where he'd grown up and out of the shadow of his alcoholic father. Now both his parents are dead and he's back in his childhood home, drinking too much himself. As he sets in motion his plans for the future, he's assaulted by an intruder in his living room...an intruder who could be his twin.

In an elegant hotel, Tess will find mystery and terror in her own reflection. Outside a famed mansion on Beacon Hill, people are infected with a diabolical malice...while on the streets, an eyeless man, dressed in rags, searches for a woman who wears Tess's face...in Christopher Golden's Dead Ringers.