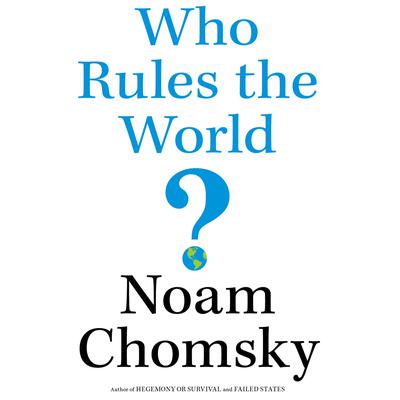 In an incisive, thorough analysis of the current international situation, Noam Chomsky argues that the United States, through its military-first policies and its unstinting devotion to maintaining a world-spanning empire, is both risking catastrophe and wrecking the global commons. Drawing on a wide range of examples, from the expanding drone assassination program to the threat of nuclear warfare, as well as the flashpoints of Iraq, Iran, Afghanistan, and Israel/Palestine, he offers unexpected and nuanced insights into the workings of imperial power on our increasingly chaotic planet.

In the process, Chomsky provides a brilliant anatomy of just how U.S. elites have grown ever more insulated from any democratic constraints on their power. While the broader population is lulled into apathy—diverted to consumerism or hatred of the vulnerable—the corporations and the rich have increasingly been allowed to do as they please.

Fierce, unsparing, and meticulously documented, Who Rules the World? delivers the indispensable understanding of the central conflicts and dangers of our time that we have come to expect from Chomsky. 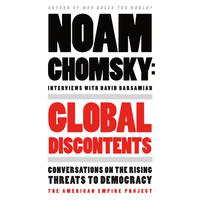 In wide-ranging interviews with David Barsamian, his longtime interlocutor, Noam Chomsky asks listeners to consider “the world we are leaving to our... Read More » 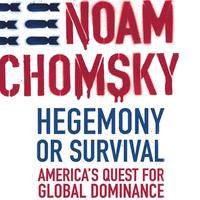 The United States is in the process of staking out not just the globe but the last unarmed spot in our neighborhood—the heavens—as a militarized sphere of influence. Our... Read More » 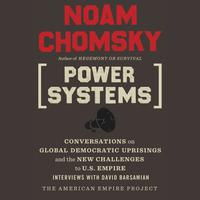 In this new collection of conversations, conducted from 2010 to 2012, Noam Chomsky explores the most immediate and urgent concerns: the future of democracy in the Arab world, the implications of the Fukushima nuclear... Read More » 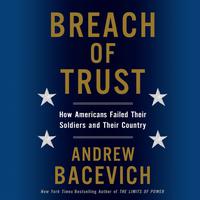 The United States has been "at war" in Iraq and Afghanistan for more than a decade. Yet as war has become normalized, a yawning gap has opened between America's soldiers... Read More » 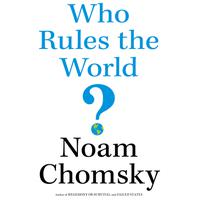 In an incisive, thorough analysis of the current international situation, Noam Chomsky argues that the United States, through its military-first... Read More » 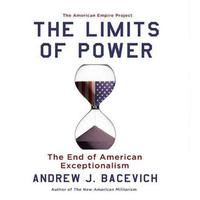 The Limits of Power identifies a profound triple crisis facing America: the economy, in remarkable disarray, can no longer be fixed by relying on expansion abroad; the government, transformed by an imperial presidency, is a democracy in form only; U.S. involvement in endless wars, driven by a deep infatuation with military power, has been a... Read More » 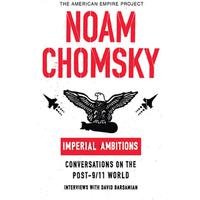 In this first collection of interviews since the bestselling 9-11, our foremost intellectual activist examines crucial new questions of U.S. foreign policy.
In this important program of interviews conducted by award-winning radio journalist David Barsamian, Noam Chomsky discusses America's policies in the increasingly unstable world. With his... Read More » 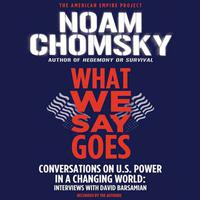 In this all new collection of conversations, Noam Chomsky explores the most immediate and urgent concerns: Iran's challenge to the United States, the deterioration of the Israel-Palestine conflict, the ongoing occupations of Iraq and Afghanistan, the rise of China, and the growing power of the left in Latin America, as well as the Democratic... Read More » 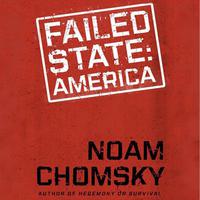 The United States has repeatedly asserted its right to intervene militarily against "failed states" around the globe. In this much-anticipated sequel to his international bestseller Hegemony or Survival, Noam Chomsky turns the tables, charging the United States with being a "failed state," and therefore a danger to its own people and the... Read More » 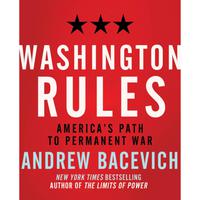 For the last half century, as administrations have come and gone, the fundamental assumptions about America's military policy have remained unchanged: American security requires the United States (and us alone) to... Read More »