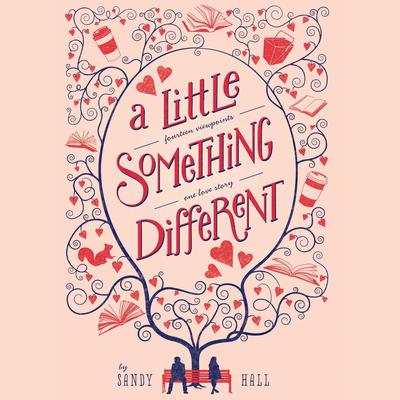 A Little Something Different

The creative writing teacher, the delivery guy, the local Starbucks baristas, his best friend, her roommate, and the squirrel in the park all have one thing in common—they believe that Gabe and Lea should get together.

Lea and Gabe are in the same creative writing class. They get the same pop culture references, order the same Chinese food, and hang out in the same places. Unfortunately, Lea is reserved, Gabe has issues, and despite their initial mutual crush, it looks like they are never going to work things out.

But somehow even when nothing is going on, something is happening between them, and everyone can see it. You'll be rooting for Gabe and Lea too, in Sandy Hall's quirky, completely original novel A Little Something Different, chosen by readers, writers, and publishers, to be the debut titles for the new Swoon Reads imprint!