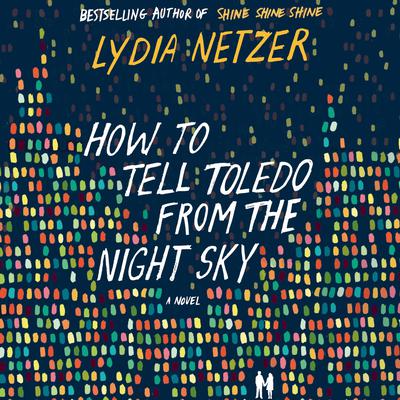 How to Tell Toledo from the Night Sky

Beyond the skyline of Toledo stands the Toledo Institute of Astronomy, the nation's premier center of astronomical discovery and a beacon of scientific learning for astronomers far and wide. One of these is George Dermont, a dreamer and a man of deep faith, who's trying to prove the scientific existence of a Gateway to God, and speaks to ancient gods and believes they speak back. Its newest star is Irene Sparks, a pragmatist and mathematician invited to lead the Institute's work on a massive superconductor being constructed below Toledo. This would be a scientist's dream come true, but it's particularly poignant for Irene who has been in self-imposed exile from Toledo and her estranged alcoholic mother, Bernice. When Bernice dies unexpectedly, Irene resolves to return to Toledo, and sets in motion a series of events which place George and Irene on a collision course with love, destiny and fate.

George and Irene were born to be together. Literally. Their mothers, friends since childhood, hatched a plan to get pregnant together, raise the children together and then separate them so as to become each other's soulmates as adults. Can true love exist if engineered from birth?

Lydia Netzer's How to Tell Toledo from the Night Sky is a mind-bending, heart-shattering love story for dreamers and pragmatists alike, exploring the conflicts of fate and determinism, and asking how much of life is under our control and what is pre-ordained in the stars.