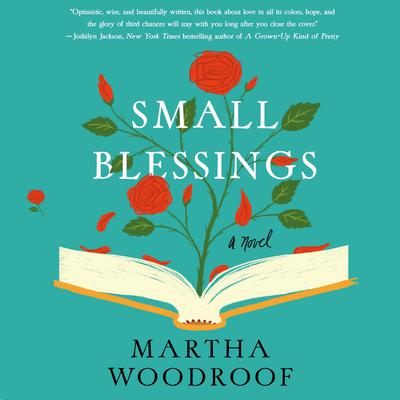 From debut novelist Martha Woodroof comes an inspiring tale of a small-town college professor, a remarkable new woman at the bookshop, and the ten-year-old son he never knew he had.


Tom Putnam has resigned himself to a quiet and half-fulfilled life. An English professor in a sleepy college town, he spends his days browsing the Shakespeare shelves at the campus bookstore, managing the oddball faculty in his department and caring, alongside his formidable mother-in-law, for his wife Marjory, a fragile shut-in with unrelenting neuroses, a condition exacerbated by her discovery of Tom's brief and misguided affair with a visiting poetess a decade earlier.

Then, one evening at the bookstore, Tom and Marjory meet Rose Callahan, the shop's charming new hire, and Marjory invites Rose to their home for dinner, out of the blue, her first social interaction since her breakdown. Tom wonders if it's a sign that change is on the horizon, a feeling confirmed upon his return home, where he opens a letter from his former paramour, informing him he'd fathered a son who is heading Tom's way on a train. His mind races at the possibility of having a family after so many years of loneliness. And it becomes clear change is coming whether Tom's ready or not.

Martha Woodroof's Small Blessings is funny, heart-warming and poignant, with a charmingly imperfect cast of cinema-ready characters. Listeners will fall in love with the novel's wonderfully optimistic heart that reminds us that sometimes, when it feels like life is veering irrevocably off track, the track changes in ways we never could have imagined.