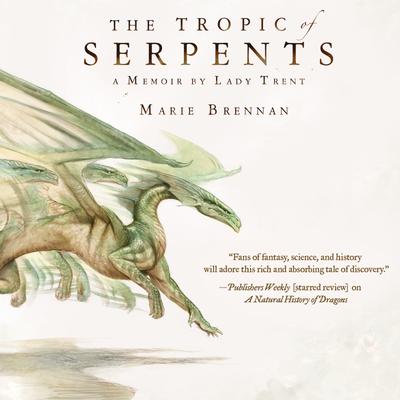 The Tropic of Serpents

A Memoir by Lady Trent

The thrilling adventure of Lady Trent continues in Marie Brennan's Tropic of Serpents . . .

Attentive readers of Lady Trent's earlier memoir, A Natural History of Dragons, are already familiar with how a bookish and determined young woman named Isabella first set out on the historic course that would one day lead her to becoming the world's premier dragon naturalist. Now, in this remarkably candid second volume, Lady Trent looks back at the next stage of her illustrious (and occasionally scandalous) career.

Three years after her fateful journeys through the forbidding mountains of Vystrana, Mrs. Camherst defies family and convention to embark on an expedition to the war-torn continent of Eriga, home of such exotic draconian species as the grass-dwelling snakes of the savannah, arboreal tree snakes, and, most elusive of all, the legendary swamp-wyrms of the tropics.

The expedition is not an easy one. Accompanied by both an old associate and a runaway heiress, Isabella must brave oppressive heat, merciless fevers, palace intrigues, gossip, and other hazards in order to satisfy her boundless fascination with all things draconian, even if it means venturing deep into the forbidden jungle known as the Green Hell . . . where her courage, resourcefulness, and scientific curiosity will be tested as never before. 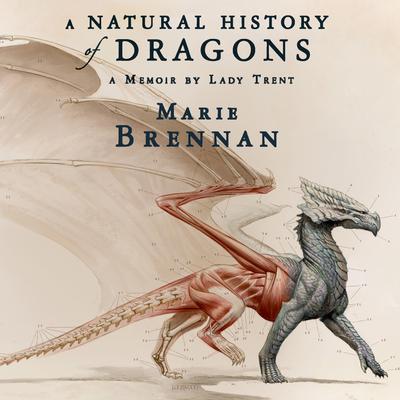 A Natural History of Dragons

Marie Brennan begins a thrilling new fantasy series in A Natural History of Dragons, combining adventure with the inquisitive spirit of the Victorian Age.

You, dear reader, continue at your own risk. It is not for the faint of heart—no more so than the study of dragons itself. But such study offers rewards beyond compare: to stand in a dragon's... Read more »

The Tropic of Serpents
Marie Brennan

The Tropic of Serpents

The thrilling adventure of Lady Trent continues in Marie Brennan's Tropic of Serpents . . .

Attentive readers of Lady Trent's earlier memoir, A Natural History of Dragons, are already familiar with how a bookish and determined young woman named Isabella first set out on the historic course that would one day lead her to becoming the world's... Read more » 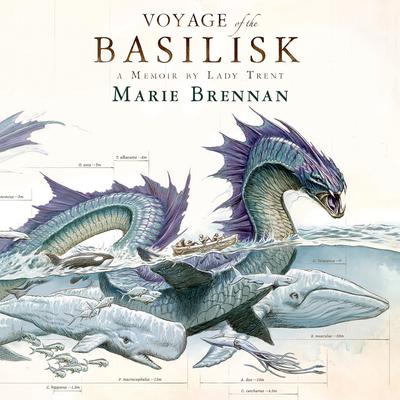 Voyage of the Basilisk
Marie Brennan

Voyage of the Basilisk

The thrilling adventure of Lady Trent continues in Marie Brennan's Voyage of the Basilisk . . .

Devoted readers of Lady Trent's earlier memoirs, A Natural History of Dragons and The Tropic of Serpents,may believe themselves already acquainted with the particulars of her historic voyage aboard the Royal Survey Ship Basilisk, but the true story of... Read more » 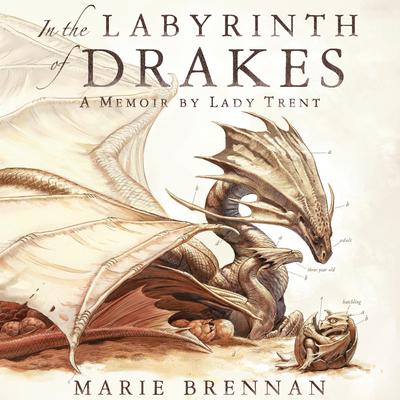 In the Labyrinth of Drakes
Marie Brennan & Kate Reading

In the Labyrinth of Drakes

In the Labyrinth of Drakes, the thrilling new audiobook in the acclaimed fantasy series from Marie Brennan, the glamorous Lady Trent takes her adventurous explorations to the deserts of Akhia.

Even those who take no interest in the field of dragon naturalism have heard of Lady Trent's expedition to the inhospitable deserts of Akhia. Her... Read more » 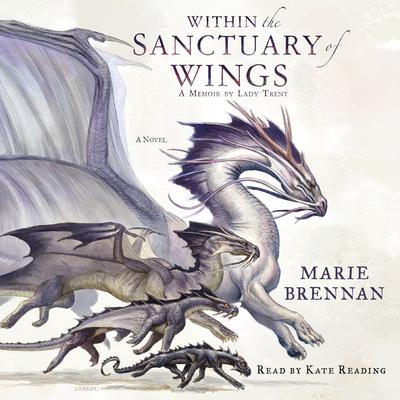 Within the Sanctuary of Wings
Marie Brennan

Within the Sanctuary of Wings

After nearly five decades (and, indeed, the same number of volumes), one might think they were well-acquainted with the Lady Isabella Trent--dragon naturalist, scandalous explorer, and perhaps as infamous for her company and feats of daring as she... Read more »