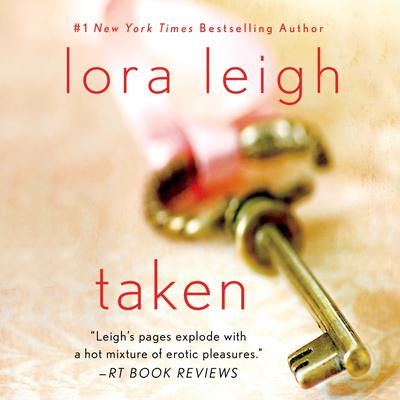 #1 New York Times bestselling author Lora Leigh has captivated millions with her sizzling tales. Here, together for the first time, in a short story collection:

Ever since she was a girl, Raven has longed for her friend's brother, Reno, a Navy SEAL. What she doesn't realize is that his true mission is to get into her heart.

Maggie is in custody with Joe's SEALs team. Joe, her ex-lover, thinks Maggie is hiding information. He plans to seduce her to get it, but when an enemy captures Maggie, only Joe can save her.

Em has wanted Macey forever. But as a SEAL under the command of her overprotective godfather, Macey is off-limits…until a kidnapping attempt forces them to share close quarters—and a forbidden desire.

For three years, Travis "Black Jack" Caine and Lillian "Night Hawk" Belle have been meeting, late at night. No names given. But tonight is different. An enemy has returned, and Travis and Lillian may never meet again. Are they brave enough to give in to desire and stand together?

Former ranger Ethan never expected to get an eyeful of prim Sarah Fox from his window. But now his blood is on fire for her.

Sheila's Passion
As an ex-Marine, Nick's been through some hard things. But when it comes to Sheila, he has his biggest challenge yet. Sheila has sworn off love, but when Nick tempts her into becoming friends with benefits, he intends to make her his forever.