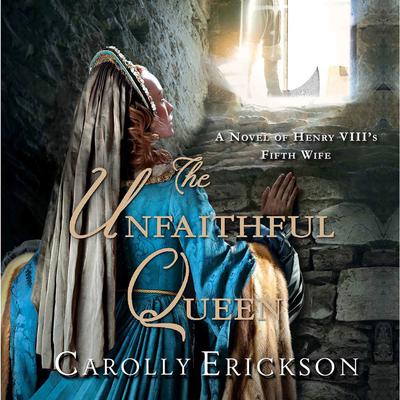 From New York Times bestselling author of The Last Wife of Henry VIII, a novel about Catherine Howard, wife of Henry's later years

Amid the turbulent, faction-ridden late reign of the fearsome Henry, eager high-spirited Catherine Howard caught the king's eye—but not before she had been the sensual plaything of at least three other men. Ignorant of her past, seeing only her youthful exuberance and believing that she could make him happy, he married her—only to discover, too late, that her heart belonged to his gentleman usher Tom Culpeper.

As the net of court intrigue tightens around her, and with the Tudor succession yet again in peril because of Prince Edward's severe illness, Queen Catherine struggles to give the angry, bloated and impotent king a son. But when her relations turn against her, she finds herself doomed, just as her cousin Anne Boleyn was, to face the executioner.

The Unfaithful Queen lays bare the dark underbelly of the Tudor court, with its sugared rivalries and bitter struggles for power, where a girl of noble family could find herself sent to labor among the turnspits in the kitchens or—should fortune favor her—be exalted to the throne.