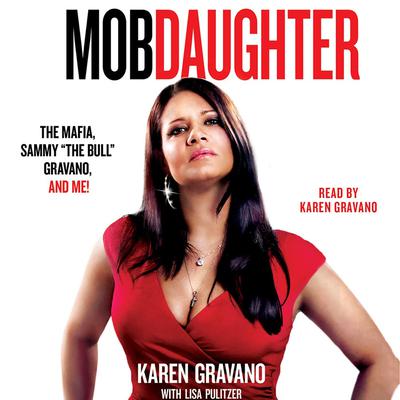 The Mafia, Sammy "The Bull" Gravano, and Me!

From Karen Gravano, a star of the hit VH1 reality show Mob Wives, comes a revealing memoir of a mafia childhood, where love and family come hand-in-hand with murder and betrayal.

Karen Gravano is the daughter of Sammy "the Bull" Gravano, once one of the mafia's most feared hit men. With nineteen confessed murders, the former Gambino Crime Family underboss—and John Gotti's right-hand man—is the highest ranking gangster ever to turn State's evidence and testify against members of his high-profile crime family.

But to Karen, Sammy Gravano was a sometimes elusive but always loving father figure. He was ever-present at the head of the dinner table. He made a living running a construction firm and several nightclubs. He stayed out late, and sometimes he didn't come home at all. He hosted "secret" meetings at their house, and had countless whispered conversations with "business associates." By the age of twelve, Karen knew he was a gangster. And as she grew up, while her peers worried about clothes and schoolwork, she was coming face-to-face with crime and murder. Gravano was nineteen years old when her father turned his back on the mob and cooperated with the Feds. The fabric of her family was ripped apart, and they were instantly rejected by the communities they grew up in.

This is the story of a daughter's struggle to reconcile the image of her loving father with that of a murdering Mafioso, and how, in healing the rift between the two, she was able to forge a new life.