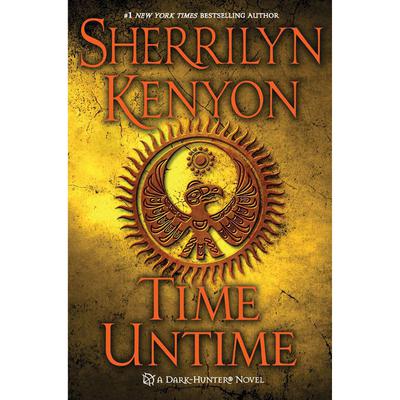 Long before recorded history, there was a Keetoowah warrior so feared that everyone trembled before his wrath. Only a brutal betrayal by the one closest to him could defeat him. But not even death was the end of a man so strong.

Kateri Avani has been plagued her entire life with dreams she doesn't understand. Images of places she's never been and of a man she's never seen. Her quest for answers has driven her to Las Vegas where she hopes to finally silence the demons in her mind.

What she never anticipates is coming face to face with the warrior who has haunted her her entire life. One who belongs to a world the scientist in her refuses to believe is real.

Ren Waya came back from the dead to keep the prophecy he began from coming true and ending the world. For thousands of years, he has fought the same evil that once possessed him. But now that evil has found the one person he can't fight. The one person who, against his will, holds the most sacred part of him.

But if he doesn't kill Kateri, the deadliest of evils will reemerge and destroy everyone else on the planet. It was a sacrifice he made once.

Will he be able to make it again? 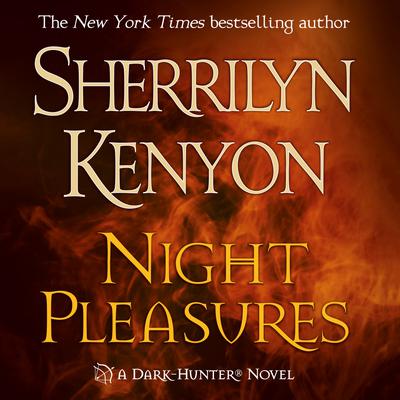 The Dark-Hunters are ancient warriors who have sworn to protect mankind and the fate of the world is in their hands. . .

He is solitude. He is darkness. He is the ruler of the night. Yet Kyrian of Thrace has just woken up handcuffed to his worst nightmare: An... Read more » 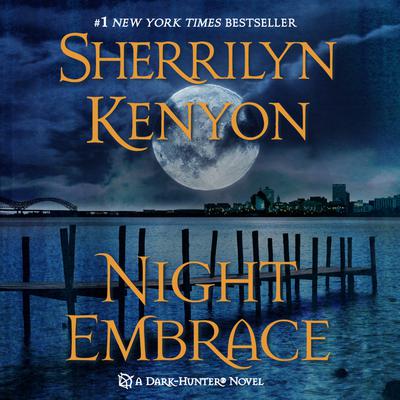 As an ancient Celtic warrior, Talon made one giant mistake— he killed the son of the war god Camulus. In anger and outrage, Camulus cursed him—Everyone Talon loved would die a horrible death in front of his eyes. But when Talon's clan slaughters his young... Read more » 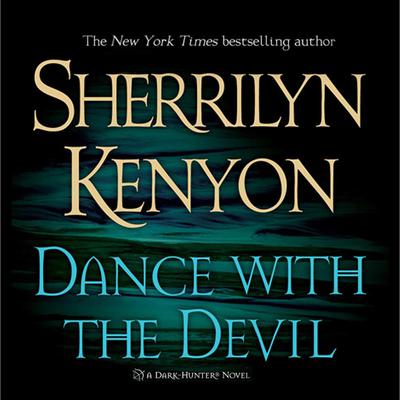 Dance With the Devil
Sherrilyn Kenyon

Dance With the Devil

Dark-Hunter: A soulless guardian who stands between mankind and those who would see mankind destroyed. Yeah, right. The only part of that Code of Honor I got was eternity and solitude.

Insanity: A condition many say I suffer from after being alone for so long. But I don't suffer from my insanity-I enjoy every minute of it.... Read more » 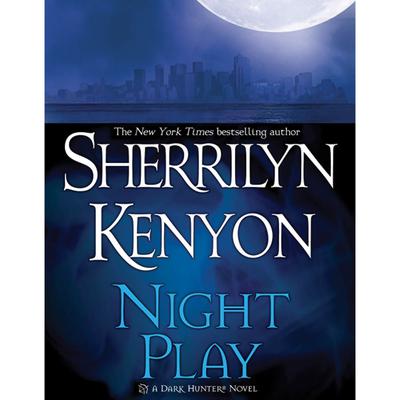 Bride McTierney has had it with men. They're cheap, self-centered, and never love her for who she is. But though she prides herself on being independent, deep down she still yearns for a knight in shining armor.

She just never expected her knight in shining armor to have a shiny coat of fur...

Deadly and tortured, Vane Kattalakis isn't what he... Read more » 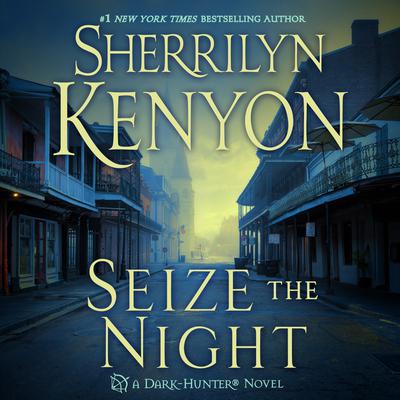 Valerius isn't a popular Dark-Hunter-he's a Roman, which means that the largely Greek Hunters have a major grudge against him and his civilization for superceding them. To make things worse, he's very conscious of his aristocratic background and breeding. So it serves him right when he runs into Tabitha Devereaux. She's sassy, sexy, and... Read more » 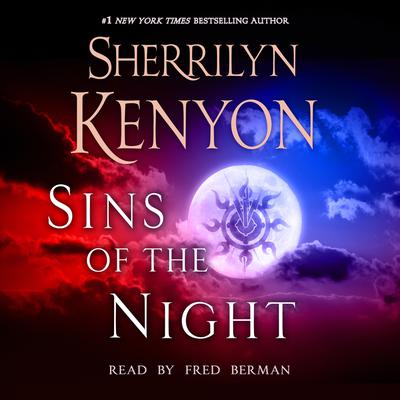 Sins of the Night
Sherrilyn Kenyon

Sins of the Night

In the realm of the Dark-Hunters there is a code of honor that even immortal bad boys must follow:

Harm no human. Drink no blood. Never fall in love.

But every now and again a Dark-Hunter thinks himself above the Code. That's when I'm summoned. Who am I? I'm the one thing the fearless fear. Step over the line and it's my wrath you will face.... Read more » 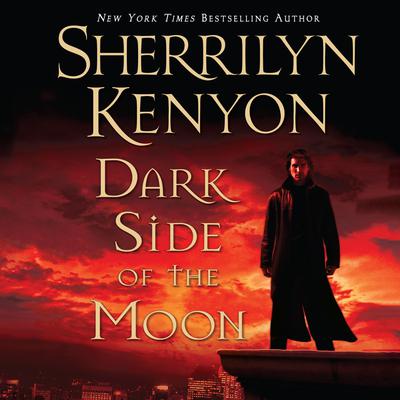 Dark Side of the Moon
Sherrilyn Kenyon

Dark Side of the Moon 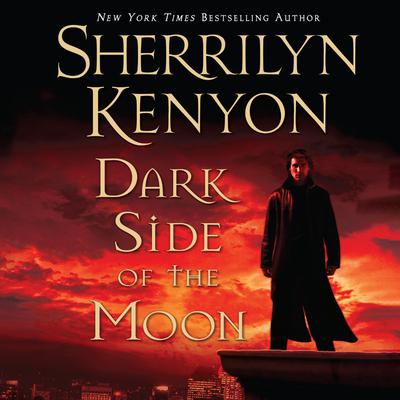 Dark Side of the Moon - Abridged
Sherrilyn Kenyon

Dark Side of the Moon - Abridged 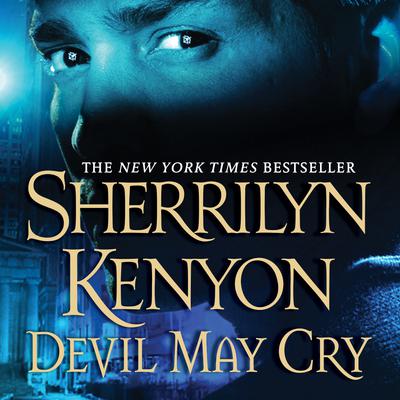 As an ancient Sumerian god, Sin was one of the most powerful among his pantheon. . . Until the night Artemis brutally stole his godhood and left him for dead. For millennia, this ex-god turned Dark-Hunter has dreamed only of regaining his powers and seeking revenge on Artemis. If only life were that simple. 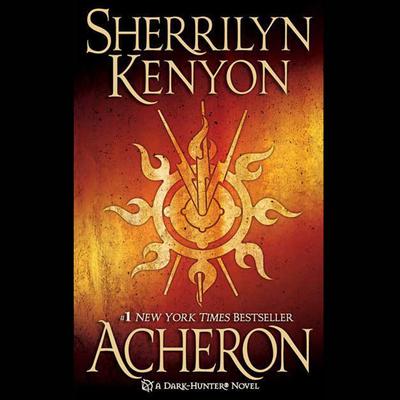 Eleven thousand years ago a god was born. Cursed into the body of a human, Acheron spent a lifetime of shame. His human death unleashed an unspeakable horror that almost destroyed the earth. Brought back against his will, he became the sole defender of... Read more » 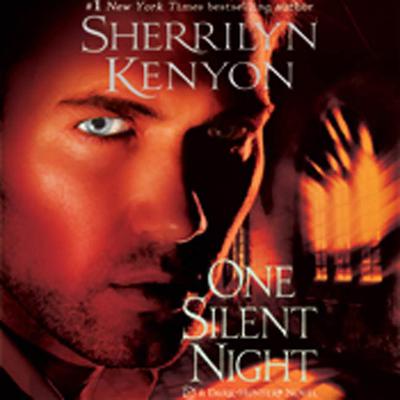 While the world carries on unawares, Stryker, who leads an army of demons and vampires, is plotting an all out onslaught against his enemies—which, unfortunately for us, includes the entire human race. To avenge his sister, Stryker prepares to annihilate the Dark-Hunters. But things go awry when his oldest enemy returns. Enter his ex-wife.... Read more » 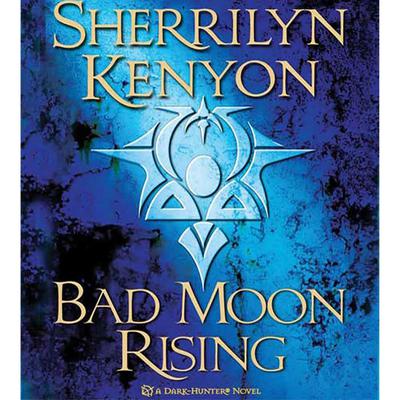 A stunning and suspenseful new landscape emerges in the thrilling Dark-Hunter world—a world where nothing will ever be the same again. . .

Fang Kattalakis isn't just a wolf. He is the brother of two of the most powerful members of the Omegrion: the ruling council that enforces the laws of the Were-Hunters. And when war erupts among the... Read more » 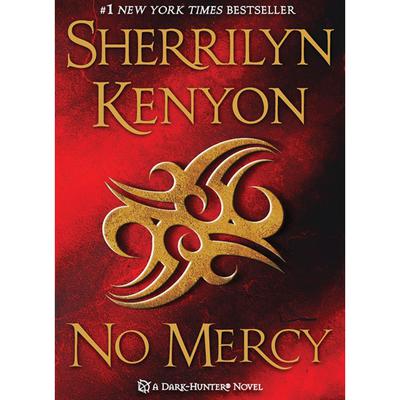 Live fast, fight hard and if you have to die then take as many of your enemies with you as you can. That is the Amazon credo and it was one Samia lived and died by. Now in contemporary New Orleans, the immortal Amazon warrior is about to learn that there's a worse evil coming to slaughter mankind than she's ever faced before. 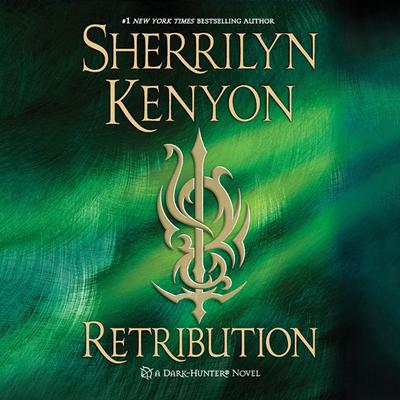 A hired gunslinger, William Jessup Brady lived his life with one foot in the grave. He believed that every life had a price. Until the day when he finally found a reason to live. In one single act... Read more »

Long before recorded history, there was a Keetoowah warrior so feared that everyone trembled before his wrath. Only a brutal betrayal by the one closest to him... Read more » 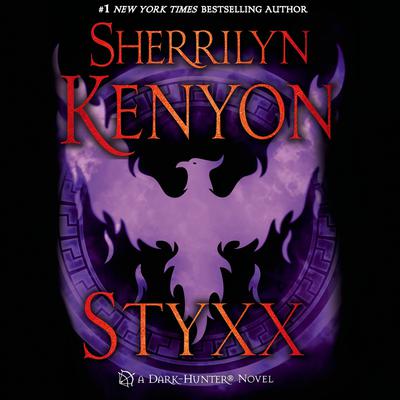 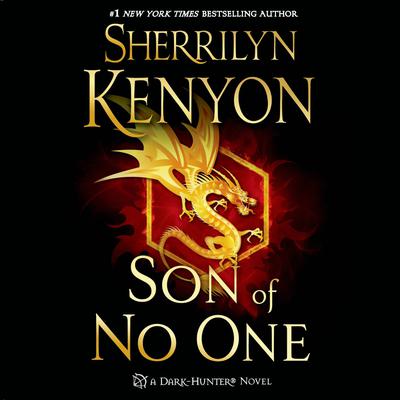 Son of No One
Sherrilyn Kenyon

Son of No One

In Son of No One, next in the blockbuster The Dark-Hunters series by Sherrilyn Kenyon, it's not easy being life's own personal joke, but Josette Landry has made an unstable peace with the beast. Completely down on her luck, Josette takes a job with a local paranormal group as a photographer and camerawoman. Yeah, they're even crazier than she... Read more » 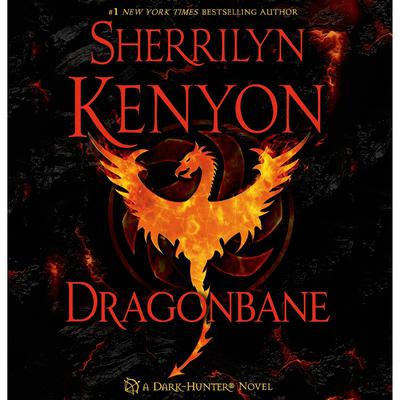 Out of all the mysterious boarders who call Sanctuary home, no one is more antisocial or withdrawn than Maxis Drago. But then, it's hard to blend in with the modern world when you have a fifty foot wingspan.

Centuries ago, he was cursed by an enemy who swore to see him fall. An enemy who took everything from him and left him forever secluded. 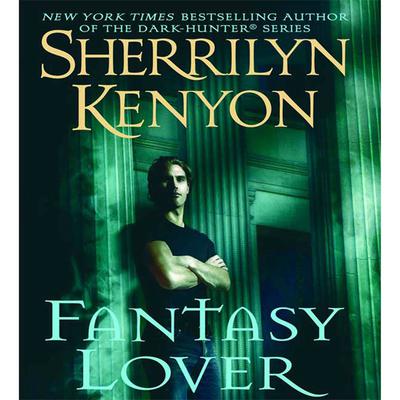 Being trapped in a bedroom with a woman is a grand thing. Being trapped in hundreds of bedrooms over two thousand years isn't. And being cursed into a book as a love-slave for eternity can ruin even a Spartan warrior's day.

As a love-slave, I know everything about women. How to touch them, how to savor them, and most of all, how to... Read more » 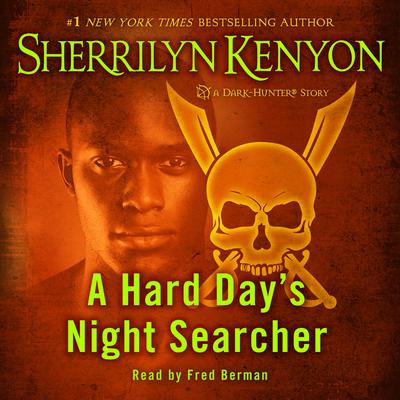 As a Dark-Hunter and an immortal pirate who once intimidated the entire Spanish Main, Rafael Santiago thinks he has it made.

Until his Squire writes a story that threatens to expose their covert world and... Read more » 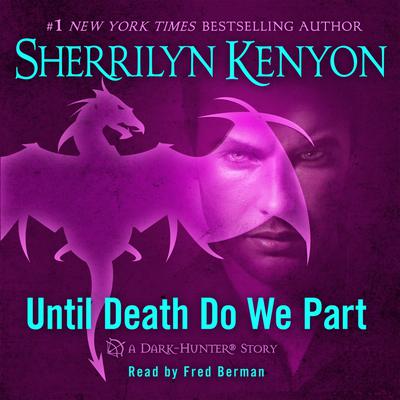 Until Death We Do Part
Sherrilyn Kenyon

Until Death We Do Part

Previously published in anthologies, Until Death We Do Part is now available as a standalone audiobook from #1 New York Times bestselling author Sherrilyn Kenyon!

The only thing worse than being Dracula's only daughter is betraying him by marrying his bitterest enemy-- a dark sorcerer warlord whose powers make a mockery of the legendary monster... Read more » 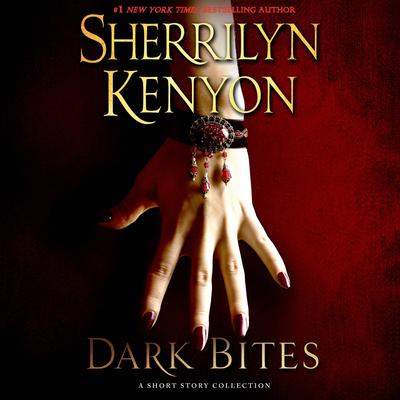 For years, fans have been clamoring for an all-in-one collection of #1 bestselling author Sherrilyn Kenyon's novellas. At their enthusiastic behest, we have delivered this brand-new short story collection, Dark Bites, including stories previously exclusive to Sherrilyn's website, as well as an all-new, never-before seen Dark-Hunter... Read more » 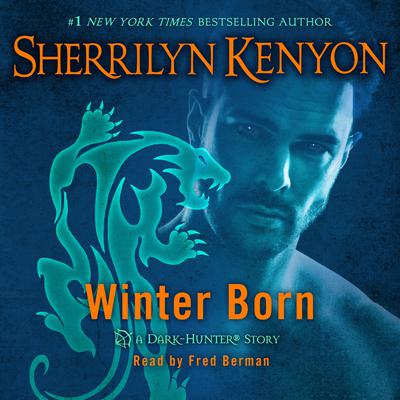 Were-Hunter, Dante Pontis has come to Atlanta with his annoying younger brothers to scope out bands for his club at one of the largest SF conventions... Read more » 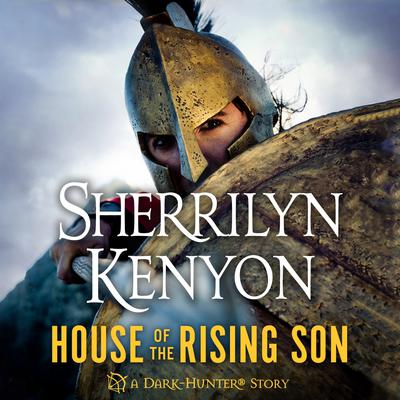 House of the Rising Son

The eldest son in a family of three boys, Aricles had no desire to be a soldier, even though his fighting skills were among the best in the world. He... Read more »