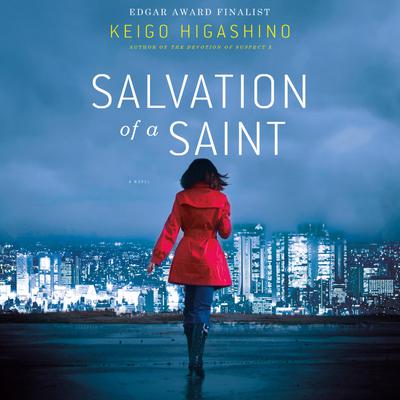 Salvation of a Saint

From the author of the internationally bestselling, award-winning The Devotion of Suspect X comes the latest novel featuring "Detective Galileo."

In 2011, The Devotion of Suspect X was a hit with critics and readers alike. The first major English language publication from the most popular bestselling writer in Japan, it was acclaimed as "stunning," "brilliant," and "ingenious." Now physics professor Manabu Yukawa—Detective Galileo—returns in a new case of impossible murder, where instincts clash with facts and theory with reality.

Yoshitaka, who was about to leave his marriage and his wife, is poisoned by arsenic-laced coffee and dies. His wife, Ayane, is the logical suspect—except that she was hundreds of miles away when he was murdered. The lead detective, Tokyo Police Detective Kusanagi, is immediately smitten with her and refuses to believe that she could have had anything to do with the crime. His assistant, Kaoru Utsumi, however, is convinced Ayane is guilty. While Utsumi's instincts tell her one thing, the facts of the case are another matter. So she does what her boss has done for years when stymied—she calls upon Professor Manabu Yukawa.

But even the brilliant mind of Dr. Yukawa has trouble with this one, and he must somehow find a way to solve an impossible murder and capture a very real, very deadly murderer.

Salvation of a Saint is Keigo Higashino at his mind-bending best, pitting emotion against fact in a beautifully plotted crime novel filled with twists and reverses that will astonish and surprise even the most attentive and jaded of listeners. 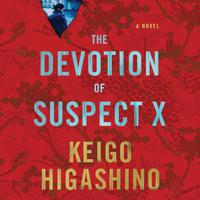 The Devotion of Suspect X

Yasuko Hanaoka is a divorced, single mother who thought she had finally escaped her abusive ex-husband Togashi. When he shows up one day to extort money from her, threatening both her and her teenaged daughter Misato, the situation quickly escalates into violence and Togashi ends up dead on her apartment floor. Overhearing the commotion,... Read More » 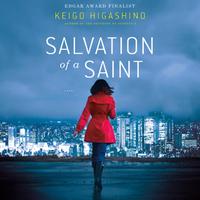 Salvation of a Saint

From the author of the internationally bestselling, award-winning The Devotion of Suspect X comes the latest novel featuring "Detective Galileo."

In 2011, The Devotion of Suspect X was a hit with critics and readers alike. The first major English language publication from the most popular bestselling writer in Japan, it was acclaimed as... Read More » 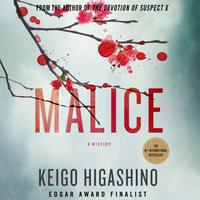 Acclaimed bestselling novelist Kunihiko Hidaka is found brutally murdered in his home on the night before he's planning to leave Japan and relocate to Vancouver. His body is found in his office, a locked room, within his locked house, by his wife and his best friend, both of whom have rock solid alibis. Or so it seems. 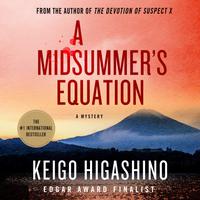 Manabu Yukawa, the physicist known as "Detective Galileo," has traveled to Hariguara, a once-popular summer resort town that has fallen on hard times. He is there to speak at a conference on a planned underwater mining operation, which has sharply divided the town. One faction is against the proposed operation, concerned about the environmental... Read More »