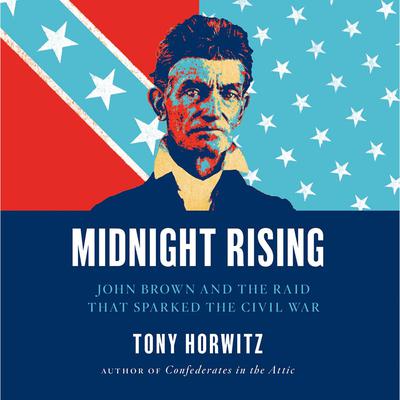 John Brown and the Raid That Sparked the Civil War

Plotted in secret, launched in the dark, John Brown's raid on Harpers Ferry was a pivotal moment in U.S. history. But few Americans know the true story of the men and women who launched a desperate strike at the slaveholding South. Now, Midnight Rising portrays Brown's uprising in vivid color, revealing a country on the brink of explosive conflict.

Brown, the descendant of New England Puritans, saw slavery as a sin against America's founding principles. Unlike most abolitionists, he was willing to take up arms, and in 1859 he prepared for battle at a hideout in Maryland, joined by his teenage daughter, three of his sons, and a guerrilla band that included former slaves and a dashing spy. On October 17, the raiders seized Harpers Ferry, stunning the nation and prompting a counterattack led by Robert E. Lee. After Brown's capture, his defiant eloquence galvanized the North and appalled the South, which considered Brown a terrorist. The raid also helped elect Abraham Lincoln, who later began to fulfill Brown's dream with the Emancipation Proclamation, a measure he called "a John Brown raid, on a gigantic scale."

Tony Horwitz's riveting book travels antebellum America to deliver both a taut historical drama and a telling portrait of a nation divided—a time that still resonates in ours.