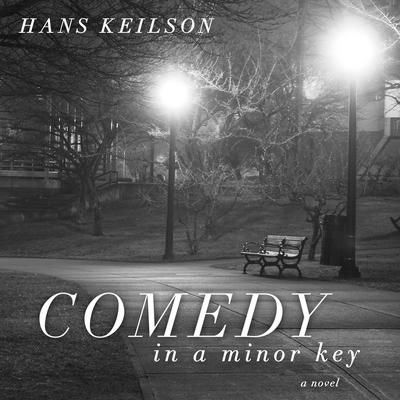 Comedy in a Minor Key

"For busy, harried or distractible readers who have the time and energy only to skim the opening paragraph of a review, I'll say this as quickly and clearly as possible: The Death of the Adversary and Comedy in a Minor Key are masterpieces, and Hans Keilson is a genius..." —Francine Prose, The New York Times Book Review

A penetrating study of ordinary people resisting the Nazi occupation—and, true to its title, a dark comedy of wartime manners—Comedy in a Minor Key tells the story of Wim and Marie, a Dutch couple who first hide a Jew they know as Nico, then must dispose of his body when he dies of pneumonia. This novella, first published in 1947 and now translated into English for the first time, shows Hans Keilson at his best: deeply ironic, penetrating, sympathetic, and brilliantly modern, an heir to Joseph Roth and Franz Kafka. In 2008, when Keilson received Germany's prestigious Welt Literature Prize, the citation praised his work for exploring "the destructive impulse at work in the twentieth century, down to its deepest psychological and spiritual ramifications."

Published to celebrate Keilson's hundredth birthday, Comedy in a Minor Key—and The Death of the Adversary, reissued in paperback—will introduce American readers to a forgotten classic author, a witness to World War II and a sophisticated storyteller whose books remain as fresh as when they first came to light.