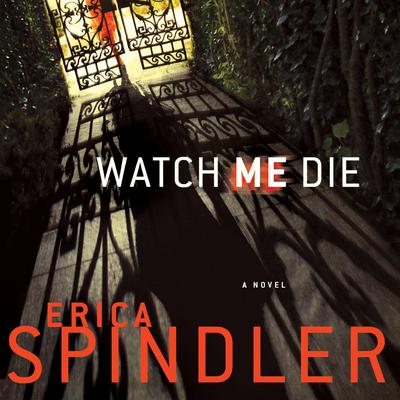 Before Hurricane Katrina struck New Orleans, stained-glass restoration artist Mira Gallier had it all: a thriving business doing work she loved and an idyllic marriage to the perfect man. But the devastating storm stole her beloved husband – his body swept away by floodwaters, never to be found.

Now, after years of pain and turmoil, it looks as if Mira is finally on the verge of peace and emotional stability. But her life, like the magnificent windows blown to bits by Hurricane Katrina, is about to be shattered once again. And this time, it's not a killer storm she faces, but a psychopath who will stop at nothing until he possesses her, body and soul…

First, church windows that she restored are vandalized, and the priest who looked over them brutally murdered. Spray-painted across the glass are the words: He Will Come to Judge the Living and the Dead. Then, New Orleans is rocked by a terrifying chain of murders that all seem to be linked to Mira. The police, led by homicide detective Spencer Malone, are following a string of clues left by the killer on each victim – and beginning to wonder if the murderer isn't Mira Gallier herself.

As Mira begins to unravel under pressure from all sides – and fear for her life – it's unclear whom she can trust. And when a man from her past appears out of nowhere, sparking something long forgotten in her heart, he quickly becomes the police's new prime suspect. One by one, the people in Mira's life are targeted, until it's clear that the killer has been saving her for last . . . and that there's nowhere left to run.