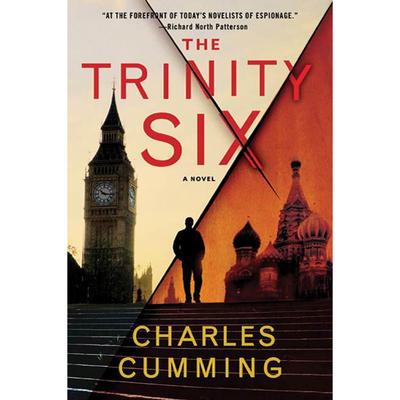 The most closely-guarded secret of the Cold War is about to be exposed – the identity of a SIXTH member of the infamous Cambridge spy ring. And people are killing for it…

London, 1992. Late one night, Edward Crane, 76, is declared dead at a London hospital. An obituary describes him only as a 'resourceful career diplomat'. But Crane was much more than that – and the circumstances surrounding his death are far from what they seem.

Fifteen years later, academic Sam Gaddis needs money. When a journalist friend asks for his help researching a possible sixth member of the notorious Trinity spy ring, Gaddis knows that she's onto a story that could turn his fortunes around. But within hours the journalist is dead, apparently from a heart attack.

Taking over her investigation, Gaddis trails a man who claims to know the truth about Edward Crane. Europe still echoes with decades of deadly disinformation on both sides of the Iron Curtain. And as Gaddis follows a series of leads across the continent, he approaches a shocking revelation – one which will rock the foundations of politics from London to Moscow…

"Cumming's novel is characterized by a gripping sense of realism. He displays a vast knowledge of spycraft and Cold War history, and the dense, three-dimensional world he crafts comes complete with seedy hotels and smoky nightclubs. The result is absolutely gripping. Taut, atmospheric and immersive—an instant classic." – Kirkus Reviews (starred review) on The Trinity Six

The Trinity Six is a Kirkus Reviews Best of 2011 Thrillers title.