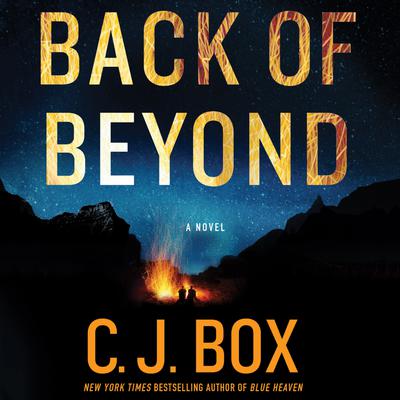 The Edgar® Award-winning and New York Times bestselling author delivers a thriller about a troubled cop trying to save his son from a killer in Yellowstone.

Cody Hoyt, while a brilliant cop, is an alcoholic struggling with two months of sobriety when his mentor and AA sponsor Hank Winters is found burned to death in a remote mountain cabin. At first it looks like the suicide of a man who's fallen off the wagon, but Cody knows Hank better than that. Sober for fourteen years, Hank took pride in his hard-won sobriety and never hesitated to drop whatever he was doing to talk Cody off a ledge. When Cody takes a closer look at the scene of his friend's death, it becomes apparent that foul play is at hand. After years of bad behavior with his department, he's in no position to be investigating a homicide, but this man was a friend and Cody's determined to find his killer.

When clues found at the scene link the murderer to an outfitter leading tourists on a multi-day wilderness horseback trip into the remote corners of Yellowstone National Park—a pack trip that includes his son Justin—Cody is desperate to get on their trail and stop the killer before the group heads into the wild. Among the tourists is fourteen-year-old Gracie Sullivan, an awkward but intelligent loner who begins to suspect that someone in their party is dangerous.

In a fatal cat and mouse game, where it becomes apparent the murderer is somehow aware of Cody's every move, Cody treks into the wilderness to stop a killer hell bent on ruining the only thing in his life he cares about.

C. J. Box's Back of Beyond is a Kirkus Reviews Best of 2011 Mysteries title. 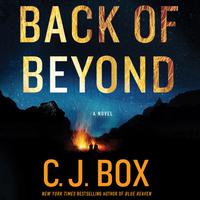 Back of Beyond
C.J. Box

The Edgar® Award-winning and New York Times bestselling author delivers a thriller about a troubled cop trying to save his son from a killer in Yellowstone.

Cody Hoyt, while a brilliant cop, is an alcoholic struggling with two months of sobriety when his mentor and AA sponsor Hank Winters is found burned to death in a remote mountain cabin. At... Read More » 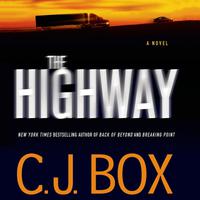 Winner of the Edgar Award for Best Novel, the New York Times bestselling author of Back of Beyond and Breaking Point and the creator of the Joe Pickett series is back.

"If CJ Box isn't already on your list, put him there." – USA Today

When two sisters set out across a remote stretch of Montana road to visit their friend, little do they know it... Read More » 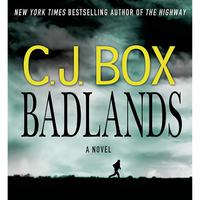 In C.J. Box's Badlands, the town of Grimstad used to be a place people came from but were never headed to. Now it’s the oil capital of North Dakota. With oil comes money, with money comes drugs, and with drugs come the dirtiest criminals Grimstad’s new deputy sheriff Cassie Dewell has ever encountered. . . 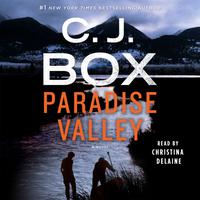 "Christina Delaine delivers a thrilling performance of this high-stakes hunt for a killer...Notably, Delaine's sensitive portrayal of a young man with a speech impediment adds emotional depth, while her depiction of the elusive Lizard King generates chills." — AudioFile Magazine

She almost caught him once. Now, he’s back.