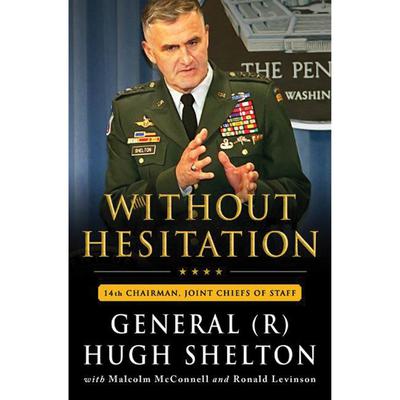 The Odyssey of an American Warrior

During a nearly forty-year career in the United States Army, Hugh Shelton has been known as a straight shooter—when he speaks he means what he says. Whether serving under a Democratic president or a Republican president, whether in a war that was popular at home or not, Hugh Shelton gave all he had, and asked nothing less of the men and women who worked for him. Politically independent, Shelton told the truth—not what his superiors wanted to hear. And now, in his unvarnished memoir, Shelton tells the incredible story that took him from a small farming community in North Carolina to the jungles of Vietnam as one of our country's first special forces soldiers, to the inner sanctum of American military and political power as a General, Commander of Special Operations Command, and then Chairman of the Joint Chiefs during 9/11. Delving into the key characters and personalities he met on the field of battle and behind the scenes at the Pentagon and White House, Shelton also covers key military operations and meetings that have not yet been explored, including:

* Details of the Camp David meeting among President Bush and his National Security Council immediately after 9/11, where internal battle lines are drawn over creating a plan to attack Iraq—NOT the Taliban and al-Qaeda in Afghanistan.
* How Rumsfeld persuaded General Tommy Franks to bypass the Joint Chiefs, leading to a badly flawed Iraq war plan that failed to anticipate the devastating after-effects of the insurgency and the civil war that followed.
* Attempts to kill Osama bin Laden that were shot down by our State Department.
* The time the CIA botched a high-profile terrorist snatch in the Balkans, leaving Shelton's Special Operations teams to clean up their mess.
* And much more

Yet it's Shelton's amazing personal story puts his military career in perspective. It began with a fall from a ladder in his backyard, resulting in total permanent paralysis from the neck down—or that's what all the leading medical experts thought. All except one, who told Shelton about a risky experimental procedure—so dangerous that if it didn't cure him, chances are it would kill him. And Shelton, together with his wife Carolyn, made a bold decision to go ahead with the procedure.

Revealing, compelling and controversial, this is the story of a man who has dedicated his life to serving his country.