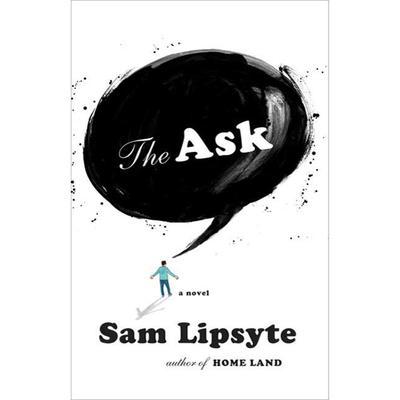 A searing, beautiful, and deeply comic novel by a young American master

Milo Burke, a development officer at a third-tier university, has "not been developing": after a run-in with a well-connected undergrad, he finds himself among the burgeoning class of the newly unemployed. Grasping after odd jobs to support his wife and child, Milo is offered one last chance by his former employer: he must reel in a potential donor—a major "ask"—who, mysteriously, has requested Milo's involvement. But it turns out that the ask is Milo's sinister college classmate Purdy Stuart. And the "give" won't come cheap.

Probing many themes— or, perhaps, anxieties—including work, war, sex, class, child rearing, romantic comedies, Benjamin Franklin, cooking shows on death row, and the eroticization of chicken wire, Sam Lipsyte's The Ask is a burst of genius by an author who has already demonstrated that the truly provocative and important fictions are often the funniest ones.