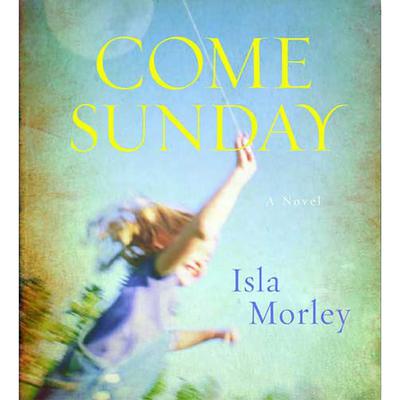 A wonderful new storyteller unleashes a soaring debut that sweeps from the hills of Hawaii to the veldt of South Africa.

Come Sunday is that joyous, special thing: a saga that captivates from the very first page, breaking our hearts while making our spirits soar.

Abbe Deighton is a woman who has lost her bearings. Once a child of the African plains, she is now settled in Hawaii, married to a minister, and waging her battles in a hallway of monotony. There is the leaky roof, the chafing expectations of her husband's congregation, and the constant demands of motherhood. But in an instant, beginning with the skid of tires, Abbe's battlefield is transformed when her three-year-old daughter is killed, triggering in Abbe a seismic grief that will cut a swath through the landscape of her life and her identity.

What an enthralling debut this is! What a storyteller we have here! As Isla Morley's novel sweeps from the hills of Honolulu to the veldt of South Africa, we catch a hint of the spirit of Barbara Kingsolver and the mesmerizing truth of Jodi Picoult. We are reminded of how it felt, a while ago, to dive into the drama of The Thorn Birds.

Come Sunday is a novel about searching for a true homeland, family bonds torn asunder, and the unearthing of decades-old secrets. It is a novel to celebrate, and Isla Morley is a writer to love.