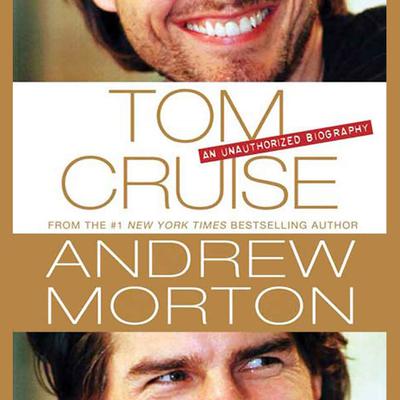 In 2006 Forbes magazine ranked Tom Cruise as the most powerful celebrity in the world. With three Golden Globe awards, three Academy Award nominations, and 27 films with an average box office gross of nearly $100 million, People Magazine's choice for the "Sexest Man Alive" in 1990 is unquestionably one of the biggest movie stars of our time.

He has also become one of the most controversial, for his outspoken championship of Scientology, for his criticism of Brooke Shields for turning to the "Nazi science" of psychiatry for help with postpartum depression, and for the time in 2005 when he jumped on Oprah Winfrey's couch proclaiming his love for Katie Holmes. But for all the headlines and the rumors swirling around him, the real Tom Cruise has remained surprisingly hidden—until now.

For two years, acclaimed investigative journalist Andrew Morton has been uncovering the true story of Tom Cruise—from his days as bullied "little Tommy Mapother," to his early stardom, to his romances and his increasingly public involvement in the world of Scientology. With new sources and exclusive interviews, Morton brings us never-seen photos and never-heard revelations about the private, sometimes shocking world of Tom Cruise.