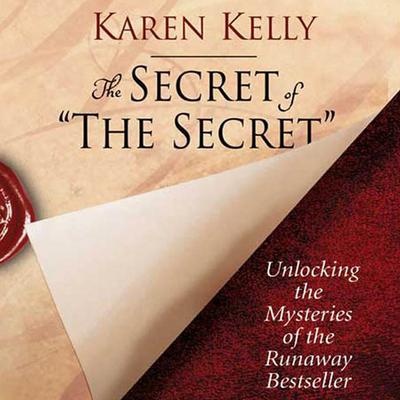 Unlocking the Mysteries of the Runaway Bestseller

The Secret has taken the book world by storm, giving people the power to live happier, more prosperous lives through the law of attraction.

In the same vein as Breaking the Da Vinci Code, The Secret of "The Secret" takes an independent look at the people and the ideas behind the bestseller and examines what made The Secret so successful.

Some of the revelations include:

· The Birth of the Secret: the story behind the creation of the book and the film
· Culture of Hope: what draws our culture to seek answers and change our destiny using the power of the mind and the universe
· The Ideas Behind the Secret: how do history, science, and religion play major roles as underpinnings of The Secret?
· The People Behind the Secret: From Beethoven and Shakespeare to Thomas Edison and Andrew Carnegie, their quotes pepper The Secret—who are these people and did they really use The Secret?

Finally, the answers to the burning questions behind one of the biggest success stories of our time have arrived.