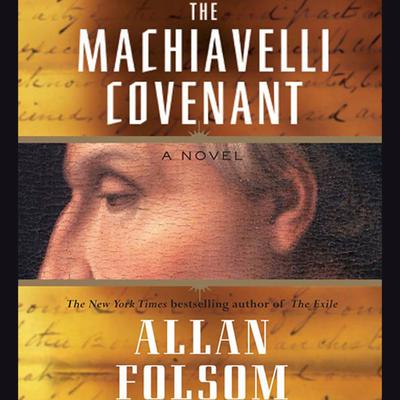 Allan Folsom returns with a high octane thriller in The Machiavelli Covenant.

In Europe for a crucial NATO summit in Warsaw, US President John Henry Harris is ordered by a secret cabal within his own administration to have the president of France and the chancellor of Germany assassinated. Refusal, he knows, will mean his death. Afraid to trust anyone, the president flees for his life. Pursued by the Secret Service, the CIA, and Spanish Intelligence who believe he is the victim of foul play, Harris joins forces with rogue detective Nicholas Marten and the beautiful but enigmatic French photo-journalist, Demi Picard. Together the three uncover one of the most secretive and brutally powerful groups the world has ever known, a brotherhood of blood that will stop at nothing.

For five hundred years this despotic order of the supremely rich and powerful has kept a secret manuscript by Niccolai Machiavelli—The Covenant, a terrifying blueprint for gaining and keeping political power—hidden under heavy guard, and worshiped like some divine doctrine. Bonded by complicity in ritual murder and dedicated to a singular vision of global domination, over the centuries they have prospered far beyond any dreams of power and avarice. Outmanned, outnumbered, and outgunned, three people now stand alone against it: Nicholas Marten, Demi Picard, and John Henry Harris, president of the United States.